What Happened At Riverdale Season 5 finale? 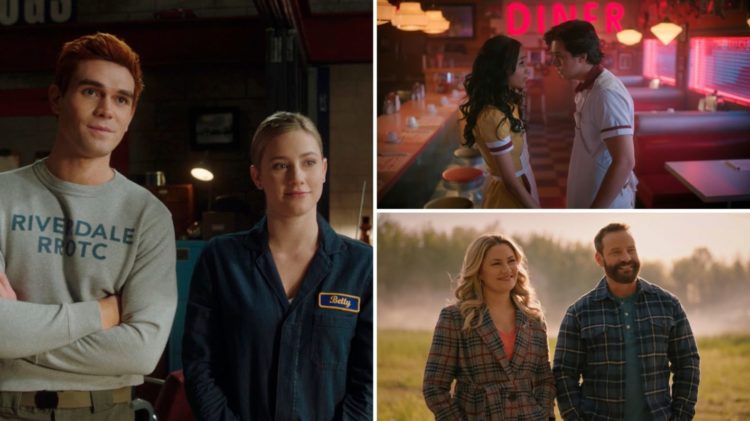 Riverdale Season 5 finale made major twists and turns, but the story began with a compelling murder mystery in a tiny town that hides secrets below its surface. Over the years, it has evolved into something much weirder.

Season 5, as has been the case in previous seasons, continues with Archie and his pals seven years after they depart Riverdale and go their separate ways. While Archie serves in the army, Jughead moves to New York to pursue his book.

After the death of her father, Veronica Lodge becomes known as the “She-Wolf of Wall Street,” and with her husband Chad Gekko. Meanwhile, Betty Cooper works in the FBI and even tracks a nightmarish murderer called Trash Bag Killer.

Clearly, little has changed since the gang’s days at Riverdale High. Because Hiram Lodge is tearing down his mansion to feed his precious metals mining operation, they all return to their hometown.

Naturally, they notice that things are very different in the “town with pep,” and they’re drawn into some truly strange tales as they attempt to outsmart Hiram. Serial killers, Moth Men, and even a witch’s hex keep fans on their toes in Season 5. Here’s the conclusion of “Riverdale” Season 5 explained.

What’s the deal with The Moth Men in Riverdale Season 5 finale?

Polly Cooper’s disappearance and the urban myths surrounding the mythical Mothmen that haunt the Lonely Highway are two of Season 5’s biggest mysteries. Episode 17, “Dance of Death,” reveals that the Blossom family is behind the Mothman scare. After finding out that her husband Frank was cheating on her, Nana Rose claims that he had numerous women working in the Thornhill mansion and their illegitimate children were given away to the Starkweather family.

The Blossoms are focused on maintaining a squeaky-clean public image for the family, especially given that they operate Blossom Maple Syrup farms, so it’s little wonder Nana Rose was eager to sweep the scandal under the rug.

The Starkweather’s, unfortunately, didn’t have the best of surroundings in which to raise children, and they built up the Mothman myth as a precautionary measure.

The Starkweather family’s isolated house made it challenging to live in. The couple began robbing passing motorists on the Lonely Highway after they emerged from their isolation.

Finally, they began hunting females for sport, and Polly Cooper was one of the first. Jughead recognizes that Old Man Dreyfum is her murderer because the Mothmen’s corpse the gang discovers has Blossom’s DNA on it, and the suspicious caretaker knows too much about them.

But the Mothmen aren’t extraterrestrials, as “Riverdale” fans may have guessed. But what about a witch?

Do You Know About The Blossom Curse?

Discussing the Blossom family, Nana Rose informs Cheryl that Abigail, one of her forefathers, was executed as a witch in 1890. In addition, Archie, Jughead, and Betty’s ancestors were behind her murder.

Abigail swore at the three of them and their descendants while she was dying, and Cheryl decides to repeat the same curse in memory of Abigail. However, a strange cold wind sweeps across the town, hinting at what’s to come in Season 6.

The curse is a method for preparing the dark, six-episode event that will begin next season in November, dubbed “Rivervale.” When the series returns, it appears that the gang will have to face Abigail Blossom’s furious spirit. Fortunately, the show has a fan-favorite character to help you get through these frightful events: Sabrina Spellman.

Yes, after years of name-dropping each other, the “Chilling Adventures of Sabrina” and “Riverdale” crossovers are finally here. Obviously, since the show hasn’t yet introduced anything explicitly supernatural, “Riverdale” has yet to do so either.

Although the series has previously mentioned ghosts and spirits, revealing Cheryl’s witchy heritage is an excellent way to pave the road for Sabrina’s debut.

Hiram continues to play games with Archie and Veronica throughout the series, and he’s eager to extract as much information from Riverdale as possible in Season 5. Hiram is attempting to mine all of the palladium under the town so that he may sell it and increase his wealth.

Episode 12 of Legends depicts Hiram’s motivation as coming from his father’s own yearnings for a better future for his family. Javier Luna relocated to Riverdale when he was a youngster in order to attempt and reach the palladium beneath the Blossom Maple Groves.

Hiram, on the other hand, succumbed to criminality and the power it gave him and so caused his father’s death. Hiram isn’t above sabotaging Archie’s attempts to bring back Riverdale in order to get to the palladium, even enlisting the Ghoulies to torch Pop’s Chock’lit Shoppe.

The final straw, as far as Hiram Lodge is concerned, comes when the Lodges’ home is burned to the ground. The gang hounds Hiram out of town as Veronica explains that the video of him murdering Vito Alto in hospital is on its way to the FBI. It’s not surprising that Veronica rejects her father after all he’s caused her pain over time.

Mr. Lodge wages psychological warfare against his daughter several times during their relationship. It’s just because she wishes to go her own route in life rather than work for Lodge Industries that he attacks her mentally.

Hiram is now out of Riverdale, but fans are clearly not done seeing the villain. He will return at some time. He even has a horrible surprise in store for the red-headed hero.

Archie Andrews is a man who fails to understand what he wants, or who he wants. In the five seasons of “Riverdale,” he’s been a construction worker, a football player, a musician, a gangster, a pugilist, and now an army soldier.

However, the issue of whether he would rather be with Veronica or Betty is still undecided, and seven years after high school, it appears that he’s made his choice: Betty Cooper.

In Season 5, the two had a “friends with benefits” relationship at first before Archie decides on being together after she was linked to Reggie Mantle. However, as a result of his connection to Reggie Mantle.

Archie has realized that he never really recovered from Betty and that he and Veronica should be together once more. It makes sense why their relationship would work; they’ve known each other since childhood and have flirted with the idea of becoming a proper couple for years.

In the meantime, they’ve both healed from their trauma, which should allow them to rejoice. Betty has discovered a solution to her sister’s death, and Archie appears to have beaten his personal demons after going to war.

Wait, there’s a happy ending? “Riverdale”? Surely not. It appears that Hiram could not let the hero get away unscathed, because when Archie and Betty are about to consummate their new relationship, they discover a bomb under the bed.

Unfortunately, it’s unclear if they’ve been caught in the blast since the series simply shows Hiram driving away from town with smoke rising in the distance.

Remember, “Riverdale” enjoys a bait-and-switch, so it’s probably safe to assume that the new couple survives. Who knows? Perhaps Betty uses her FBI education to defuse the bomb. She’s done it before.