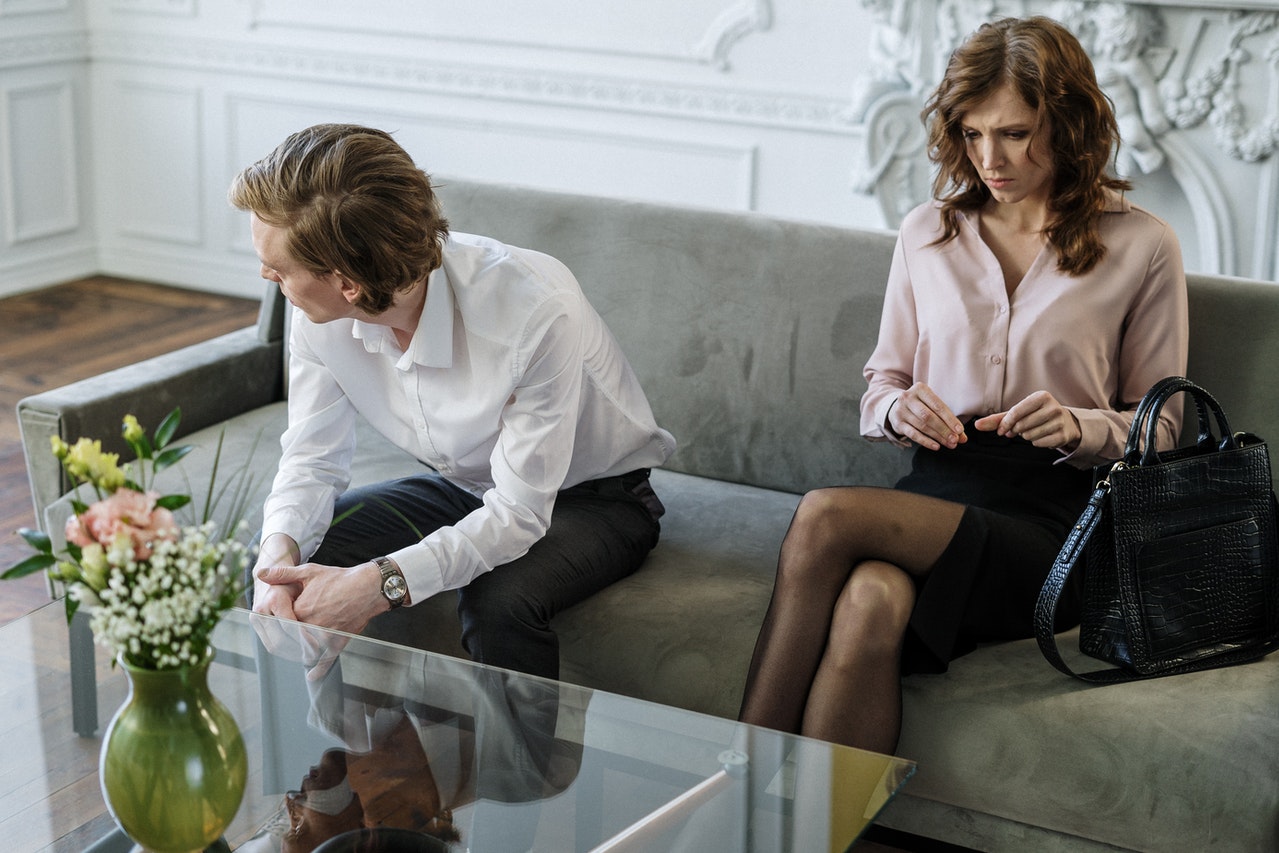 The idea of marriage is lovely. It is a union of two individuals who love and understand each other. Marriage is a beautiful promise between two people to spend their lives together through thick and thin. However, maintaining the purity of this beautiful relationship is difficult unless both parties are ready to put in the effort.

Let’s face it; no relationship is perfect. Even the strongest of marriages go through ups and downs. Minor arguments with your spouse are common. Some days, you might feel that things between you and your partner are just off. But if such things continue to last longer and some behaviors become unbearable, you must re-evaluate your marriage. Chances are it is reaching the point of toxicity, and you may have to end the relationship to get peace of mind.

And while every relationship is different, there are a few common signs that indicate that your marriage is heading toward divorce. So let’s discover these common signs:

One of the most common reasons that can break down marriage is addiction. Addiction can be of any type, such as drug or alcohol abuse, gambling, gaming, etc. There exist many signs that show that your spouse has addiction problems. It includes mood swings, an unusual need for money, a shift in personality, loss of interest in family or work responsibilities, etc.

Fortunately, addiction is a treatable brain disorder. However, if it remains untreated, addicts may end up hurting those they love most.

And although living with an addictive partner is no easy feat, if you and your spouse are willing to save the marriage, consider seeking professional help. So get your spouse admitted to a rehab center that offers the best detox services to help them get started with the addiction recovery program.

Breaking trust and cheating is never acceptable in any relationship. When a person commits adultery, it breaks the faith of the other partner. And once trust is broken, there is no going back.

Infidelity is nothing new in marriages. Most of the time, it starts with an innocent friendship which later transforms into a steamy physical affair. People can have extramarital affairs for various reasons, such as differences in sexual appetite, anger or resentment toward the other half, lack of self-esteem, etc.

Effective communication is an essential tool for the survival of long-lasting relationships. However, it can lead to frustration and resentment if it becomes weak. As a result, the marriage may fail. Put this way, when couples stop communicating, it may lead to feelings of loneliness and isolation.

Poor communication may lead to silly assumptions, ultimately breaking down your relationship.

A better idea is to seek couples therapy to learn how to communicate with your spouse effectively.

Fighting constantly over money is due to a change in one’s values and priorities.

Answer this. Does your partner frequently spend money on unnecessary things or situations? Or do they control the finances of the house fully? Actions like these can cause a rift in your marriage.

Financial problems can lead to stress, causing hindrance in communication, thus leading to divorce. No wonder each individual indeed has different financial goals, but coming to one page regarding financial goals can save you from money disagreements

When you first fell in love with your significant other, you were confident that this was the person you wanted to spend every minute of your life with. You were so in love back then that you completely ignored anything that bothered you. You might have considered the differences insignificant and thought you would work on them with your darling once you get married.

But after time, you and your partner must have experienced some tragedies and challenges. As a result, you became aware of how drastically different your habits, opinions, and interests are from your spouse. Thus, incompetency can be another reason for marital breakdown.

Abuse of any form is intolerable and can lead to divorce. It is relevant to note that both men and women can be abuse victims.

Most people think abuse is only physical, but that’s not true. Your partner may abuse you emotionally, psychologically, or financially, too. Also, remember that sometimes abuse does not restrict to the spouse only. Your partner may also abuse children or other family members, such as parents and siblings.

Nothing ruins a happy marriage more quickly than a lack of intimacy. Simply because without good intimacy, people may feel like they are living with a stranger or a roommate. After all, marriage is a romantic relationship.

Keep in mind that intimacy is more than sex. It can include other sweet gestures which make the other half feel valued and special. For example, hugs, cuddling, gentle kisses, showing gratitude, etc.

Does it seem like your partner is always ready to pick a fight with you? Unfortunately, constant arguments can kill your relationship, whether it is because of chores, friendships, or other things.

Often, constant arguments are due to poor communication; for example, a person may argue because they feel the other partner is not listening and understanding.

Avoiding harsh comments, criticism, and sarcasm is better, even if any argument exists. Instead, find positive and constructive ways to deal with such situations to live a healthy relationship.

It may sound shallow and unfair, but some people end their marriages because of their spouse’s physical appearance. Unfortunately, most men and women in today’s world are seeking an attractive spouse.

But it can be a huge turn-off when the other partner faces a change in their physical appearance, such as gaining/losing weight, getting bald, etc.

Changes in physical appearance can affect intimacy, threatening the couple’s survival in marriage.

Lastly, a happy marriage picture does not only includes a couple only. Many other people are in the frame, such as children, parents, siblings, etc. If a family member tends to interfere in a couple’s life, things might get messy, leading to arguments. Thus, wrecking the marriage in many ways. You can avoid such issues by prioritizing your significant other over any other relationship.

Not to forget, sometimes, parenting issues can also strain the marriage.

According to statistics, around 4-5 million people marry annually in the United States, of which about 42-53% end up in divorce. The numbers are astonishing. However, it is relevant to note that none of the couples reach the point of divorce out of the blue. Instead, a series of bad habits or practices push a partner to get separated and file for divorce. Such actions and attitudes rob marriages of their beauty and sparkle. Nevertheless, knowing the reasons for marital breakdown can help you avoid such a fate.

Precautions, use, overdose, and interaction of Flovent Aerosol