Dirty Jobs Season 9, the much-anticipated show to be premiered on Discovery! It is a reality TV series that airs on the Discovery channel. The show is hosted by Mike Rowe. It features Rowe traveling across America in search of jobs that are overlooked by other shows and people in general. Season 8 of the series was aired in 2012 and it has been quite a while since the show fans have heard any news regarding Dirty Jobs Season nine.

What is the exact release date of Dirty Jobs Season 9 on Discovery?

The series is will be released on January 2, 2022, on Discovery. There are only 5 weeks left for Dirty Jobs Season nine to be premiered.

Who is the host of Dirty Jobs Season 9? 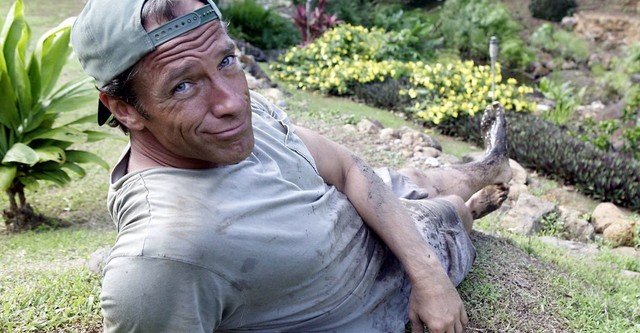 The format of Dirty Jobs is such that Mike Rowe goes into unknown environments to take on jobs that people would not normally do themselves. They are either too dangerous or below one’s dignity. Some examples include dairy farmers, garbage collectors, sewer inspectors,s, etc. The series captures him doing what he does best-producing quality programs with an interesting subject matter for his viewers!

What will fans expect from Dirty Jobs Season 9?

Fans will be eager to know what will be included in Dirty Jobs Season nine. They are anxiously waiting for Season nine. It’s a reality show that will make you laugh and at the same time, will leave an impression on your mind about how some of these dirty jobs are done in real life! Fans expect that Mike Rowe gets into some pretty unusual gigs which he does alongside trained professionals. So viewers can get insight as to why they do what they do best every day.

How many seasons have the show aired?

The series had aired with eight seasons in total, but Dirty Job season nine will be the ninth installment of it.

What do I expect from the upcoming season?

I would like to see Mike Rowe continue his dirty job journeys across America and maybe this time he visits more countries outside the USA as well. Other than that, I hope for some new adventures involving exotic places and hidden gems not discovered by most people yet.

What makes the series different from other reality shows?

The show is unique as it features Mike Rowe exploring various jobs and finding out more about them rather than mocking those who work in such professions. The show does not put down people working with their hands or doing dirty jobs. But instead aims at highlighting these workers’ skills and talents that help improve society as a whole. The crew headed by Mike Rowe also puts an effort into ensuring they do not damage companies’ reputations through this TV series. This is why I would say the show has set itself apart from others since day one.

What is my opinion about the series?

I think what sets Dirty Jobs apart from other TV series is that it does not try to portray a glamorous view of jobs or professions. It focuses more on highlighting the hard work and dedication involved with them. It brings you closer to your TV screen by showing you workers who keep our world turning under less than favorable conditions at times. I love watching the show as provides me with information about different kinds of jobs, what they entail and how to become one. Dirty Jobs is all about the journey that takes you through an interesting profession or job’s path. It doesn’t focus on just the outcome of the finished product at times.

I think Mike Rowe does a great job as a host making us feel comfortable with his humor while showing us around dirty places. He shows us places where people work hard doing their jobs every day without complaint.

Related Topics:Dirty Jobs Season 9
Up Next