Tom Hiddleston Teases Updates About MCU’s Phase 4 “What If…?” 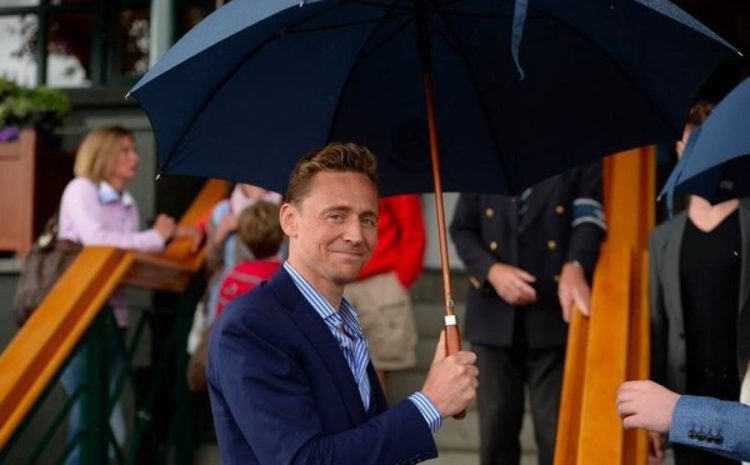 We know Tom Hiddleston has been teasing updates about the MCU’s Phase 4, but what if Tom Hiddleston could give us more information? Tom Hiddleston is one of the most iconic actors in Hollywood and has starred in many blockbuster films. Tom Hiddleston also stars on Loki as the character. He seems to be a big fan of “What If…?” scenarios which mean he might have some insight into what will happen next for Marvel.

Tom Hiddleston says to just “wait and see” what will happen next for Marvel. The actor doesn’t want to spoil anything, but Tom does give some hints as well. Tom tells us that we should be excited because the Spiderman: No Way Home trailer is going to drop soon so Tom thinks that means good things are coming our way.

He also talks a little bit more about Loki in Avengers Endgame which people may not know how it was before his death or after he came back from the dead again.

The actor mentions this new season of Black Mirror with Bandersnatch when talking about different dimensions and wonders if there would ever be an MCU Tom Hiddleston is one of the alternate dimensions.

Tom also talks about how he has a theory that there is another Tom Hiddleston out there and it’s possible because Tom does have two hands, feet, eyes, ears, etc.

It seems like Tom has been in a lot of Marvel films and it’s possible he may take some time off from them for personal reasons or maybe there is going to be another Black Mirror with Tom Hiddleston.

Tom also said that he can’t say anything about release date speculation but does want people to keep their excitement high because good things are coming our way, so stay tuned!

Tom Hiddleston teases updates about MCU’s Phase Fourth “What If…?”

Hiddleston has been teasing the MCU’s potential Phase Four update and Tom mentions that Tom is always up for a good time. Tom talks about how he doesn’t know too much right now, but some things are coming our way which Tom thinks will be good.

There could be another “Loki” out there who we don’t know yet. It might also lead us down an interesting path where this other Tom Hiddleston starts trying to take its variant down. Tom can’t say anything more because he wants to keep the mystery alive and Tom is a little superstitious when it comes to that.

The MCU has been teasing their potential Phase Four updates with Tom Hiddleston about what could happen in this future, but Tom doesn’t know much for now as he mentioned before.

So Loki technically exists anywhere within the universe according to Tom’s logic! It would also lead us down an interesting path where another “Loki” starts trying to take on the real one from these films/TV Shows Tom can’t say anything more because Tom wants to keep the mystery alive and Tom is a little superstitious when it comes to that.

What do you think of Tom’s idea? Let us know in the comments!

Cast and Characters Guide for “What If…?”

Will Chris Evans plays Captain America in Marvel’s “What If…?”?

Tom Hiddleston teased that “What If…?” will be a series of TV shows, with Loki being one of the characters. As for Chris Evans’s connection to Marvel’s Phase Four, Tom would only say that there are more projects in store before Captain America bids farewell.

Hiddleston teased that the Marvel series will be “bigger than anything” we’ve seen before. Tom shared a glimpse of what his character Loki’s role in it might be, saying he was a kind and loyal brother to Thor in Asgardia Prime.