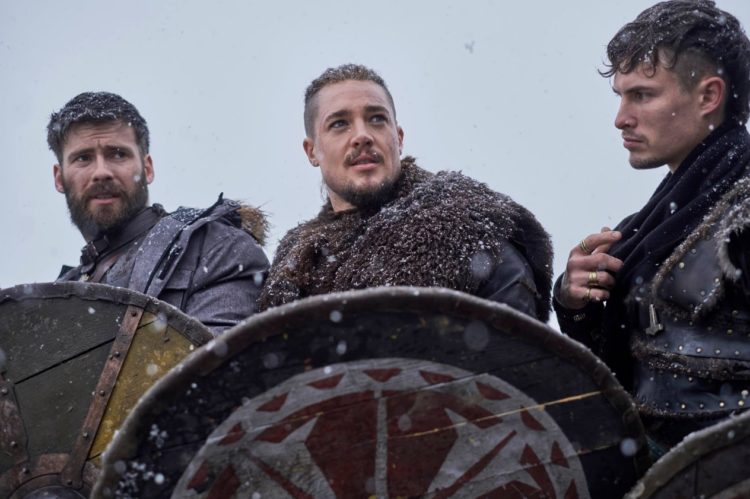 Father Benedict is back in the fifth and final season of The Last Kingdom. In this season, Father Benedict will be trying to keep King on the throne and stop a rival king from taking over. It may seem like an impossible feat, but Father Benedict has been successful so far! He’ll need all his skills as he takes on one last battle for justice.

On June 22, 2021, the news recently came out that filming for season 5 of the series has officially finished. One of the directors for season 5, Jon East, shared the news via social media.

There is a clapperboard in the hand, it has the name of the series on it as well as the date or filming. The director’s name is also there which is Jon East.

East, who directed the fifth season finale of The Last Kingdom and according to his Instagram post is “most definitely” done with production on that season, shared a message about how difficult this last block was for him.

I can at least reveal that the show’s last season is going out in truly EPIC style! Big thanks here to the remarkable team that worked tireless devotion to make it so, you are all stars! Respect.

Another interesting addition to the cast of the fifth season is Father Benedict, a holy man with a troubled past. Patrick Robinson is playing this character in The Last Kingdom season five.

On 30 June, fans were given the opportunity to see a new character. This was done through the official social media channels. An image was shared in which it is seen in the upper left corner that the name of the show is also seen there.

Father Benedict, a part of the king’s council and advisor to his majesty, can be seen wearing robes and necklaces marking himself as one of the clergies. The character has worn a beard for many years.

Glimpse Of Uhtred In The Last Kingdom Season 5

On June 16, 2021, viewers got a look at the main character from “The Last Kingdom,” Uhtred (played by Alexander Dreymon), via the show’s official social media channels. Uhtred can be seen with his sword on his back in a photo shared on Instagram.

His head is turned away from the camera, and his brown hair hangs over his face. A braid falls over one shoulder of dark grey clothing.