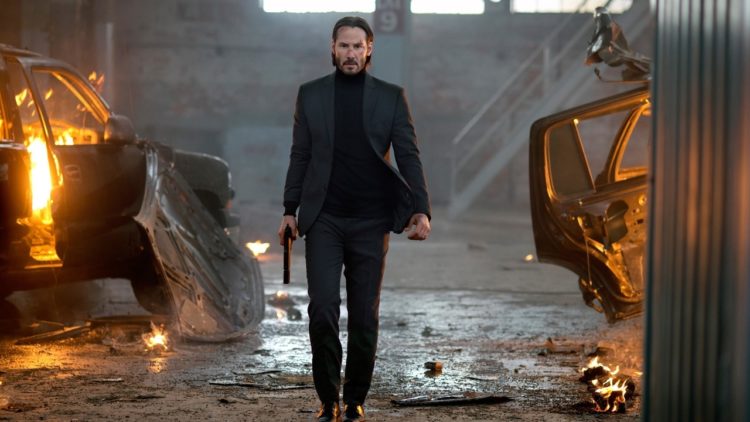 John Wick is back! To a fan-favorite roar of applause, the eagerly awaited sequel to John Wick was announced on Friday. The film will be called John Wick: Chapter 4.

Everything You Need To Know:

Originally, the fourth John Wick movie was scheduled to be released around two months after the events of chapter three. In various ways- including C0VID-19’s impact on Hollywood and Keanu Reeves working with Chad Stahelski on The Matrix 4- Lionsgate decided to push back the release date.

It remains unclear when the eponymous hitman will return to theaters, but the news is underway that the next installment of John Wick will start filming in the near future.

Sources claim that John Wick 4  will start principal photography this June, with most of the shoot taking place in Berlin and Paris. These are the two primary cities where the story will take place.

There is also talk that more filming for “John Wick: Chapter 4” will occur in New York City and Japan. Lionsgate CEO Jon Feltheimer has previously stated that he believes both films will shoot back-to-back, with the fifth installment of the film series set to be released on August 9, 2020.

After the events of Chapter 3 – Parabellum, it initially looked as though Reeves’s Wick would be left for dead after being seemingly betrayed by Ian McShane’s Winston.

In John Wick: Chapter 4, the series’ titular character will team up with Laurence Fishburne’s Bowery King, someone who has a bone to pick with the High Table as he does. No plot details have been revealed yet, but we can assume that it will take him to various international locales like the previous films in order for him to enact his revenge on those plotting against him.

Chad Stahelski is in the director’s chair for John Wick: Chapter 4, but this will be his first movie in the franchise where Derek Kolstad didn’t work on the script. Instead, Mike Finch has reportedly been writing it, but it remains to be seen if he also penned John Wick: Chapter 5 and if someone else is handling The Continental prequel series. In other news, there are also reports that a John Wick spinoff is happening with a ballerina lead character.

If nothing else delays this, John Wick: Chapter 4 will arrive in theaters on May 27th. If you’re looking for more details, check out our upcoming 2021 movies schedule.