“The Owl House” Season 2: Cast, Plot and everything 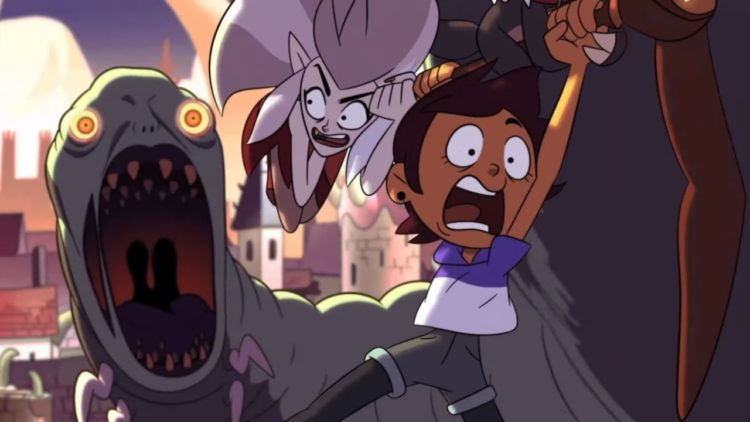 The Owl House: Season 2 is coming! If you loved the first season, then this new season will be a must-see. The Owl House follows a family of owls who are just like humans in all ways but one – they can fly! Tune in to find out what happens when their youngest daughter becomes entangled with an old enemy and how it affects them on the show.

All of our favorite characters including Sarah-Nicole Robles as Luz, Wendie Malick as Eda, and Alex Hirsch as King and Hooty. Also back this season is Matthew Rhys as Emperor Belos, Isaac Ryan Brown as Gus Tati, Gabrielle as Willow, Mae Whitman as Amity, and Cissy Jones as Lilith.

Season two of The Owl House picks up where season one left off. Luz, the youngest daughter in the family and a very talented artist, is entangled with an old enemy that affects everything on her show while Hooty tries to figure out what he really wants out of life.

The second season of The Owl House picks up where Season One left off: Luz’s new friend Amity is trying to get rid of a bully at school, but when she accidentally traps him under some rubble, it becomes more difficult than anticipated; meanwhile, Gus Tati has become friends with Willow – despite his lack of social skills and fear of water – but soon realizes that not everyone may want them together because they are so different. Elsewhere Foxy decides to take matters into his own hands when his sister, Gwenda, is put in charge of the new Owl House store, and she isn’t sure what to do with it.

Season two has more twists, turns, thrills, as well as a few surprises along the way for The Owls!

Hooty – A talented musician who would rather be playing hockey but doesn’t because he feels like he’s letting people down. He struggles with not knowing where or how he fits into life while making his family excited about their new barn-turned-music studio. His dad told him that sometimes you have to take some time for yourself before you can fully share your talents with others…but Hooty just doesn’t know how to do that.

Dilly – A creative and talented artist. She’s the youngest of three Owls and is always trying her best to get out in front so she can show everyone what she has got. When Dilly first meets new Owl House store manager Gwenda- a strict businesswoman who doesn’t seem interested at all in getting to know people or understanding their needs- it really throws her for a loop!

Gwenda – The oldest Owl child, who has just been put into charge of managing the new Owl House Store while his mother goes on sabbatical leave from work. He’s not too thrilled with this decision but does his best to figure out how he wants things done around here – even if he doesn’t really know how to do that yet!

Olivia – A total bookworm who can’t understand why anyone would rather spend time with a TV or video game instead of reading a great story. She’s confident and feels like she has the best ideas, but maybe they don’t always make sense outside her head?

Kally – Olivia’s twin sister (same as in Season One), is more than happy to follow along wherever her big sis leads- even if it means not getting any say about what happens next. Kally loves being around all the action and likes helping out when she can, so long as no one asks too much from her at once!

The Season One of “The Owl House” arrived on Disney Plus in October 2020. But we are considering the season will be aired in December 2021.