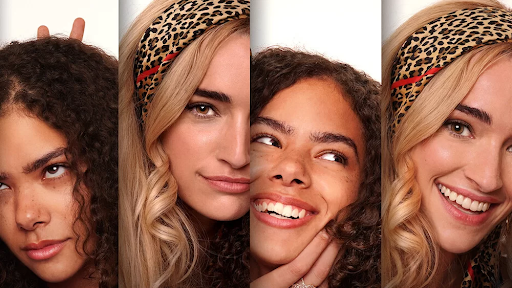 After the first season of Ginny & Georgia, viewers were all too eager to find out what would happen next. Fortunately, they didn’t have to wait long as the second season of the Netflix comedy-drama started streaming on January 5th with 10 episodes in total. The series follows the relationship between a mother and daughter, which becomes more complicated after some unpleasant revelations about the mother are made. This season’s storyline is mainly centered on how Ginny and Georgia handle those revelations. You can watch the entire second season now on Netflix. To say that the first episode of Ginny & Georgia is one of the best episodes of the entire series would be an understatement. Viewers who were expecting a lighthearted comedy-drama experience were in for a shock as they initially had to deal with events that are gut-wrenching and tragic, just to get to the comedic parts that give this show its charm. It’s a great way to set up expectations and make viewers realize that they need to expect the unexpected from this show. After all, it rarely follows standard narrative structure.

The second season of the series was renewed In April 2021 and is set to be released on the 5th of January 2023.

Ginny & Georgia is a comedic-drama series that follows the lives of Ginny Miller and her mother, Georgia. The mother and daughter live in a small town where they occasionally engage in comedic antics. The show started with the mother being a 30-year-old single woman and her daughter being under the age of 15. However, the show quickly changed to make it a story about Ginny, who is a student at school. The show has a narrative structure that is more like a comedy than it is a drama. On top of that, there are many plotlines in this season that are hard to get through. Most viewers will probably find themselves scratching their heads as they try to figure out what’ll happen next. As a result, most viewers will be confused and upset by episodes that move at such a fast pace while still managing to do so many things at once.

Like most Netflix shows, Ginny & Georgia doesn’t have a single narrative structure. The show is broken up into several plot lines with each plot line following a different storyline that is interwoven with the others. As a result, viewers get to experience several different story arcs that are all connected in some way or another. This gives the show an interesting and comedic edge in which viewers will have to be patient to watch it all unfold. While the show can be seen as hard to follow by many people, there are still several reasons why this show is worth watching.

What are the second season reviews?

While the first season of Ginny & Georgia wasn’t well-received by many people, the second season is pretty well-rated. Many viewers are praising this season for its ability to create multiple storylines that are interesting and complex. This show has a whole new feel that helps keep the audience interested in watching more and waiting for some of the thrills. It does manage to fulfill expectations by providing compelling and comedic storytelling with an interesting cast of characters and just enough drama to keep audiences hooked.

Although Ginny & Georgia has a few scenes that are inappropriate for younger viewers, this show is most suitable for adults. However, some scenes will also be too much for children to watch if they’re older than the recommended age of 15.

The Black Phone: A horror film with lots of action and suspense.