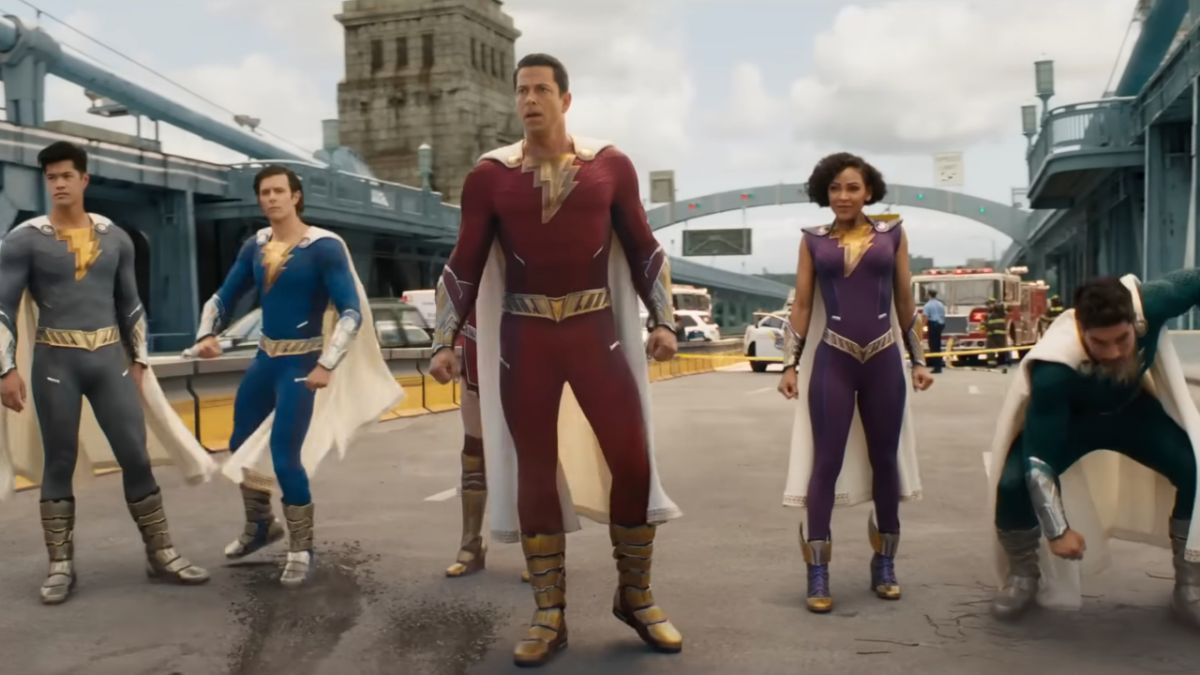 What moviegoers were not expecting was the release of footage from the film itself, which teased Zachary Levi’s role as Zeus alongside his brother Thor, while giving Marvel fans a whole lot to discuss in their minds going into the start of Phase 4.

The footage was released during the Hall H panel and features Zachary Levi in a whole new light: his character has red hair (instead of blonde — unlike the comic book), and he’s wearing dark purple.

During the clip, we see him fighting what looks like Steppenwolf from 2017’s Justice League, alongside Thor — and in some scenes, it looks like he might be stronger than Thor. He yells “Shazam!,” which is accompanied by lightning.

Introduction to Shazam! Fury of the Gods

With the release of the trailer for Shazam! Fury of the Gods, I have been curious about this upcoming film. So, I decided to create a blog post to introduce you to what this movie is about as well as its cast and crew. From Director David F. Sandberg and star Zachary Levi, who plays Billy Batson and Shazam himself respectively, to producers Peter Safran, Jared Bush, and Geoff Johns — this is my introduction to Shazam! article.

Name of the characters in Shazam! Fury of the Gods

The storyline of Shazam! Fury of the Gods

Shazam, a.k.a Marvel Family’s Captain Marvel, returns to Earth after a long absence only to find that the old evils, rediscovered and more powerful than ever before, threaten the existence of mankind! With his universe on the line, he must decide whether it’s time for one last godly act or just time to say goodbye.

Captain Marvel is an alien from the realm of Marvell (also known as the Rock of Eternity). He arrived on Earth during prehistory and was raised by a foster family, the Fawcetts. As a young man, he began to display powers beyond those of mortal men. At the same time, ancient forces were reawakened in various locales throughout Earth’s history. After being forced into suspended animation for centuries by some of these ancient evil forces.

In less than two weeks, Fury of the Gods will be at Comic-Con! We’re excited to share our new comic series with you all and are looking forward to meeting some good folks in San Diego. If you’re going to be there too, come say hello and witness the fury!

The god of thunder is restless. Mjolnir has been stolen by Asgard’s ultimate foe – Loki in disguise. Thor’s thunder god hammers the Avengers and his friends to defeat Loki.

The heroic gang must recover their hammer from the clutches of Asgardian monsters and evil gods. Meanwhile, Thor’s mortal friend Skurge is caught in a web made of lies, manipulation, and deceit. Fury takes place around Midgard during the same time frame as Marvel’s new Thor series.

So, what do you think about Shazam! Fury of the Gods?