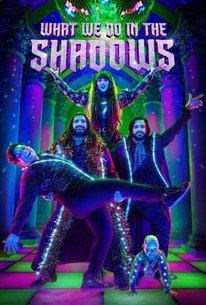 Since the first three seasons of What We Do in the Shadows have been so well-received, it’s no surprise that there’s a demand for a fourth season. Fans think Kiwi werewolves would be an interesting addition to the show, and they think that more mid-seasons should include politicians. Both are fair requests (if a little bizarre). So, what do you think? Should we continue with the show or move on to another topic?

The last time we covered What We Do in the Shadows was the afternoon of June 21st, 2014. Since that date, there have been several developments that change the potential course of Season 4.

Introduction to The What We Do in the Shadows Season 4

In the fourth season of their show, The What We Do in the Shadows, the stars of this show are finally living together as a family in New York.

What We Do in the Shadows is a comedy horror television series that airs on FX and was created by co-creators and writers Jemaine Clement and Taika Waititi. It follows three vampires who have been roommates for some time now.

The first episode starts with them trying to move into a new apartment because they are being chased by humans who think they’re monsters. The episode then goes back to the old apartment and tells how they got there.

There is an explicit scene in this episode.

A scene at a female’s home includes the following: The woman is alone with her female roommate, who asks the woman if she has cleaned out the fridge. The woman says no and takes things out of it, including human blood. They then take some of it into their mouths.
Some of their friends from another town come over for a barbecue.

Season 4 of The What We Do In the Shadows is set in a medieval era and has the werewolves as the main focus. The first episode is called “Werewolves of London” and is about a group of werewolves who don’t understand their newfound power. One by one, they are captured by humans, who want to study them. They soon come to realize that they’re more than just puppets. The werewolves are the only main characters left.

The next episode is called “Viking Funeral”. It involves a Viking funeral and a rivalry between two brothers’ wives when it comes to the ceremonial jewelry they want as part of their husband’s funeral. At one point, Petyr Baelish (Littlefinger) makes an appearance (because he is also in Game of Thrones).

The vampire comedy What We Do in the Shadows is back for a fourth and final season. In tandem with its previous seasons, the show blends reality-style documentary footage with a mockumentary following the lives of four vampires who share a derelict New Zealand house.

The ironically named Vladislav (played by Jemaine Clement) is an 18th-century nobleman who has adopted modern times as his own. His roommates include Viago (Taika Waititi), a sarcastic 8th-century pagan who loves death metal.

Deacon (Jonathan Brugh), an 18th-century gentleman, is the most prudish of the group and worries about how to pass for humans. And Petyr, who has been a vampire for so long that he’s forgotten his first name, is an ancient flatmate who lives in the basement and has no idea what’s going on anymore.

So, what do you think about What We Do in the Shadows Season 4?