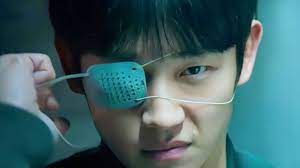 Disney is one of the world’s most popular and well-known entertainment companies with a history that can be traced back to the 1920s. With so many exciting shows on Disney+, it was hard for us to find one that hit all of our interests. That wasn’t until we stumbled upon Connect: A Crime Fantasy Drama which fit our criteria perfectly. With a story with a unique concept, it was easy to believe our hero could succeed in whatever he puts his mind to. The characters’ names are also very fitting to the terms they play in, which is another reason why we love their concept. The story follows Ha Dong-soo (Jung Hae-in) who is a human connection. Connects are humans who can reattach severed body parts. While we learn little about the backstory, we do get a sense of his past and how he became connected. With his quick thinking, he is often overlooked by those around him, while others look down upon him for being weak and not having a normal life.

The series ‘Connect’ had its world premiere at the 27th Busan International Film Festival and is scheduled to release on the 6th of October 2022 with three episodes. On the 7th of December, the series dropped all 6 six episodes.

Following his abduction by an organ trafficking organization that specializes in connecting new and old body parts, Dong-soo finds himself on an operating table where he manages to escape with his one remaining eye. After escaping his abduction, Dong-soo finds himself in the body of a killer named ‘Onew’ who carried out a series of murders in the subway. While Dong-soo was on the operating table, he took control of Onew’s body. He does not remember who he is or why he is there, only that he cannot let anyone know that he is alive from being killed and brought back to life as a connection. Dong-soo has to run away from the organization while trying to figure out his identity, discover who he is, and top it all off to get his eye back.

What do I think about the series?

Dong-soo is a very interesting character. He has a great attitude and we can just picture him as strong, smart, and very witty. The way he would react to certain situations was always believable and the number of emotions he showed in each situation made us feel for him. What we didn’t like about the series was how everything unfolded. If it was a little more streamlined, it would have been easier to follow and understand. We were also not happy with how fast Dong-soo could change back into Ha Dong-soo when needed. It felt unrealistic.

Connect’s story is one of mystery, action, and romance. The concept of a connection is fascinating to me personally because it’s not something that you would find in the typical drama series. The story has a realistic feel to it without the stereotypical over-used tropes that are often used in other dramas. With the introduction of Dong-soo, we get a sense of how he became connected after being kidnapped as an infant. It makes you wonder what his life was like before becoming connected and whether he had any family left who tried to find him after he disappeared.

If you like crime, fantasy, and action drama then this is perfect for you! It is also a very fast-paced series so if you don’t have much time to watch a lot of episodes in one sitting then this show is the perfect thing for you.  The action scenes in the show are good, there are not too many but it is quite intense. Not only that but there are a lot of good and tense moments throughout the series. You will also be in for a surprise when you realize that Dong-soo is actually very slow-witted and doesn’t always think rationally.