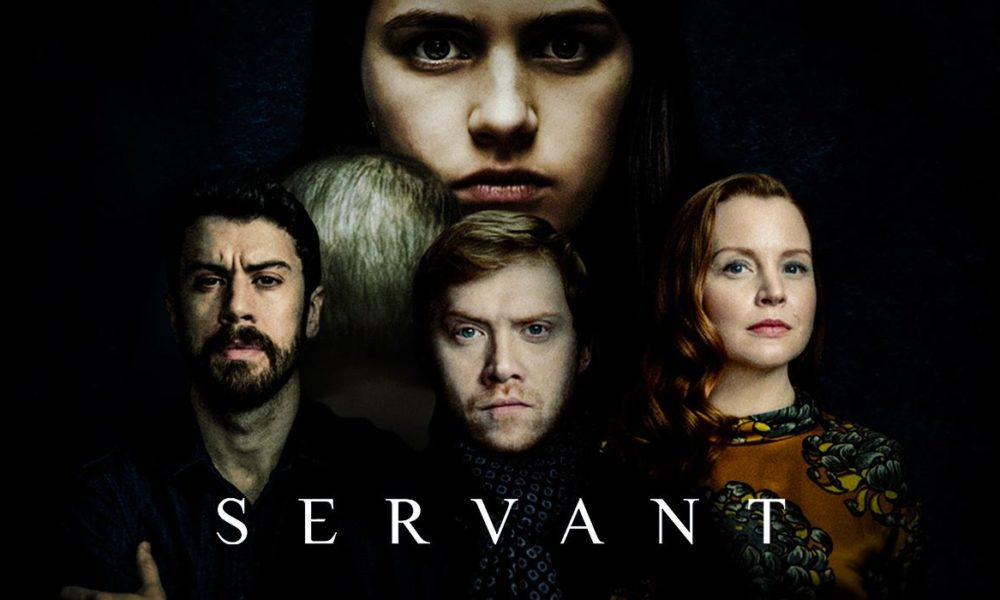 If you are a fan of “Servant” Season 4, you will be glad to know that Apple Tv shared the trailer for the final season. The trailer starts with Uncle George in a cemetery narrating over a black screen. He tells us that this season we’ll find out more about Leanne Grayson and the “death and destruction” she brought to the Turner family. To no one’s surprise, the trailer promises a more terrifying and eerie conclusion to the series. The popular thriller series “Servant” has left fans breathless and thinking about its unexpected twists for three years. It was confirmed that Servant Season 4 will be its last season in January 2023. Speculations are rife that this trailer could give some hints as to how the show will end after three years of thrilling climaxes and twists. Since then, there have been speculations about how it would all end. The show is created by Tony Basgallop and stars famous actors like Lauren Ambrose, Toby Kebbell, and Nell Tiger Free among others.

who is in the cast?

The First season of the series was released on November 28, 2019, and now the series is finally coming to an end with season four which is scheduled to be released on January 13, 2023.

what is the series about?

The basic plot of the series if you are a first-time watcher is that a wealthy family, the Turners, live a privileged life in Philadelphia. Their serene lives get disrupted when their 13-week-old baby boy dies in mysterious circumstances. This tragedy brings to light many of their family problems. The wife of the family, Dorothy, seems to have a mental breakdown in the face of her grief. She gets admitted to a mental hospital and when she comes back home, she seeks unconventional therapy. She purchases a reborn doll and has it placed in the baby’s crib. The doll is meant to represent her dead baby Jericho. This unusual therapy gradually puts things into perspective for her and helps her discover who she is under the mask of perfectionism and societal expectations. In Season 3, we saw some major changes in Dorothy’s life when her husband Sean gets killed under mysterious circumstances early on in the season.

what are fans expecting from season four?

Fans are eagerly waiting to see the series end. The show has given us a lot of twists, unexpected developments, and mysteries that it is hard to predict what will happen next. If you look at previous seasons, you might find it difficult to imagine how the story ends or just how they will end it but they have been consistent in their direction throughout the series.

what makes this series exciting?

There is no denying the fact that this series has been the most shocking television. Since it first started, it has been one of those shows where you can’t get bored or predict what happens next. The show has had twists and turns for 3 years now, where we saw a lot of unexpected developments and unexpected deaths. There were many moments where things just got dark and intense which almost made the viewers look away from their computer screens screaming.

who can watch this series?

If you are looking for a thrilling show, this is the one for you. Since it has been on the air for 3 years now, it has been a huge hit and has won lots of awards for its outstanding performance. It is an insanely popular show among both men and women of all ages. It is also engaging as well as exciting and that is why viewers keep coming back for more.