“The Boys Present: Diabolical” Can Come Back For Season 2 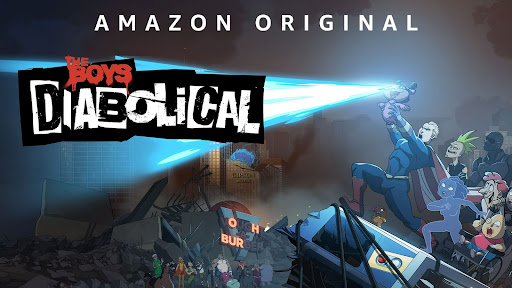 Mysteries abound in this dark and new young-adult series from Eric Kripke. The Boys Present: Diabolical is a collection of eight short stories that take place inside The Boy’s universe. It’s an eventful evening with familiar characters, even if they’re not always what they seem. The collection is told from the point of view of several characters, all of whom are struggling with something, each in their way. The first darkly humorous story sets up some interesting scenes for the others as we follow them through the course of an unpredictable evening. Another story further explores a tragic family secret, leading to a surprising revelation in the last tale. From there Kripke brings things to an explosive and surprising climax that takes the wind out of a character’s sails – literally and figuratively.

Based on: The Boys by Garth Ennis, Darick Robertson

What is the animated series based upon?

“The Boys Present: Diabolical” is a new event for the BOY’S universe featuring eight short stories – each focused on a different character and set in the BOY’S universe. This collection is a standalone prequel to the animated series coming next year.

Who did the artwork?

“The Boys Present: Diabolical” is drawn by several artists whose styles vary from story to story. However, each artist is given some room to be expressive in their way, whether it’s through their choice of color, the look of their characters, or the line work.

It is illustrated by a variety of talented artists who allowed us to pick their brains for story ideas and creative opportunities. We also gave them creative freedom on how they wanted to illustrate their characters as well as design layouts for several spreads. Most importantly, we want them to have fun while they are creating these stories that are part of a franchise that means so much to them.

What can fans expect in the animated series?

The series follows “the founder’s day massacre” as it causes a rift between Vought and Homelander that threatens to expose The Boys’ existence. It’s a series about what happens when superheroes who are as popular as celebrities, as influential as politicians, and as revered as Gods abuse their superpowers rather than use them for good.

Each chapter will be an animated story that features still images and animation, as well as a voiceover. The collection will be broken down into four parts, with part one arriving at the end of May and each part arriving approximately every two weeks from then through to July. Each chapter will feature a different style of animation that fits with the quality of storytelling.

We love comics. Comics are an incredibly important part of our lives, the lives of our families, and our careers. It is a labor of love that we are so proud and grateful to be able to share with you. We hope “The Boys Present: Diabolical” will play a small part in your summer and that it will not only introduce you to new characters but also show you why we fell in love with The Boys in the first place.”