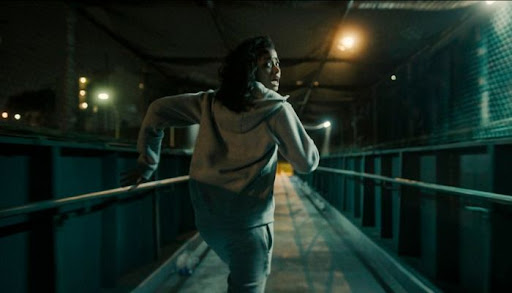 Have you ever thought about running for your life with a crazed killer stalking you? Have you ever thought about what it would be like to face death at the hands of a sadistic, passionate man? With the introduction of this “Run Sweetheart Run” film, you can experience these thoughts and more. In this riveting thriller, Cherie is on an innocent date that turns into terror when her date hunts her down and tries to kill her. She now must run for her life throughout the city and escape his grasp. Will she make it out alive? Will she get caught in his trap? The plot draws you in and doesn’t let go until the last scene leaving some wanting more.

What is the plot of this movie?

“Run Sweetheart Run” is a thriller, romance, and horror all in one. The opening scene shows a young girl- named Cherie having dinner with her current movie star boyfriend. They were having a great time until they had to leave the restaurant. While they are walking back to his car, he pulls out a knife and stabs her in the stomach. He begins grabbing her hair and dragging her to his car when the cops arrive on the scene. As the police question him, there is an immediate change in his demeanor.

What are my opinions on this film?

My opinion of this film is that it was very unique as well as riveting, thrilling, suspenseful, and sometimes full of action. This thriller is almost the type of movie that you can’t look away from. Normally with certain thrillers, I get bored or start to get a bit paranoid that something bad is going to happen, but this one kept me on edge. I was always trying to figure out what would happen next, as well as how Cherie was going to make it out alive.

Would I recommend this film?

Yes, I would recommend this film. This movie isn’t like the other thrillers that are currently out where there’s a lot of blood and guts and gore; instead, it’s more like a horror-like book because of all of the suspense and action. This is the type of film that would be a great movie to watch on a date as well as a creepy horror-type film. In conclusion, I would recommend this film because it’s unique and unpredictable. It starts interesting and gets better with every scene, and it keeps you on your toes all the way through. You never know what’s going to happen next or where Cherie will end up next. This is the type of movie that you should check out!