‘Glass Onion: A Knives Out Mystery’ Get Theatrical Release Date 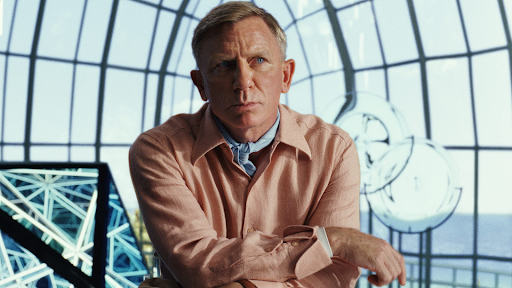 Knives Out, Rian Johnson’s third film in his Knives Out series, is coming out on Netflix this December. It will be screened in 600 theatres for a week-long event before it becomes available on Netflix. This suspenseful and thrilling movie follows the lives of five men who are at odds with one another. The idea to screen it as an exclusive feature for a week during Thanksgiving was brought up by the director Rian Johnson because he wanted to tie the movie with how families gather around the dinner table on Thanksgiving to enjoy food and a movie together. However, it won’t be released directly to Netflix on December 23 but instead, to the theatres first because of the release schedule for the movie. This will be the first time that a blockbuster movie is screened in theatres before being released straight to Netflix. The movie’s star actors also think that the idea of watching a film in theatres is still exciting, especially when it comes to an exclusive and blockbuster film like Knives Out.

On September 10, 2022 the film ‘Glass Onion: A Knives Out Mystery premiered at the Toronto International Film Festival. The film will be released on December 23, 2022 but before that Netflix announced that after signing deals with  largest theatres (AMC, Regal and Cinemark), the film will have a theatrical release for one week in 600 theatres from November 23, 2022 to 29, 2022.

A murder mystery in a small community on a Greek island. Detective Benoit Blanc must find the murderer and prevent more murders. Detective Benoit Blanc has to find a killer before another person dies. After finding the killer, they may have to flee Greece in order to stay alive. The movie will take viewers directly into the mind of a detective as it follows his investigation of a murder on an idyllic Greek island. Detective Benoit Blanc is well-known for his work as an investigator at the heart of New Orleans’ crime scene for more than twenty years and this case is no exception. The movie deals with intense themes such as racism and xenophobia that some members of our audience might not be comfortable hearing about (people murdered because of their race). Also, it explores how we process grief through art rather than through talk therapy.