Netflix New Action Film ‘All Quiet on the Western Front’ 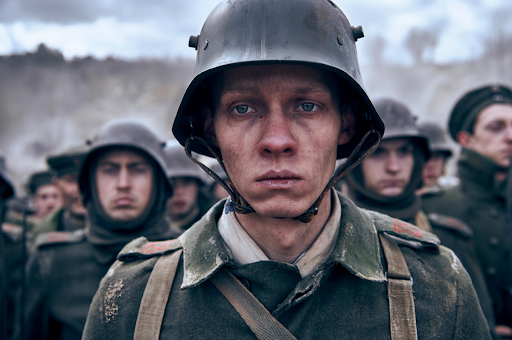 Netflix has just released the first of their new action films, All Quiet on the Western Front, a tense, brutally honest look at World War I from the perspective of an average German soldier. It’s based on Erich Maria Remarque’s classic novel and tells the story of German troops who fought in the trenches of World War One in northern France. If you’re interested in learning more about what it was like for soldiers during this period and how movies try to represent history in general, this movie is worth a watch. Background. All Quiet on the Western Front is a movie in which the audience witnesses a war that was fought with guns and hatred and suffering. The movie focuses on the conflicts between soldiers who were fighting for ideology versus soldiers who were simply soldiers, or cannon fodder in the war. There’s an interesting and famous section where a soldier declares that if he dies, he’ll become a propaganda tool for Germany and people will keep talking about him for years to come.

The film follows the life of a young German soldier, Paul Bäumer, as he becomes caught up in the frenzy of war and begins to see through the idealized visions that he has of it. The movie focuses on the experience of being a young man at war, being forced to kill or be killed by a much larger army. Paul Bäumer is a character who soldiers can identify with. He’s not an average guy who was just thrown into war, but an actual serving German soldier who gets swept up in the bloody conflict and it’s no fault of his own. He represents the average young man who gets caught up in a war that he’s not prepared for and has no control over. Overall, the film is about a young man who comes to realize the true horrors of war and what it does to people.

What makes the film interesting?

The film is interesting in that it was first made in 1930 back when the film industry wasn’t autonomous like it is today. Most of the ideas and concepts that were explored by filmmakers were already highly influenced by the times which makes All Quiet on the Western Front particularly interesting because it’s set in World War I, a period and war that would quickly be forgotten about by most people. The movie focuses on an aspect of World War I that many people didn’t think about and it puts the viewer into perspective on what some soldiers went through and what they had to deal with day to day.

The movie is enjoyable for anybody and anybody can watch it. It doesn’t contain a lot of violence or graphic language and the characters are very relatable. All Quiet on the Western Front is a good introduction to the war and a good introduction to what soldiers went through during World War I. Whether you’re interested in an accurate historical film, or just want to see a great film, this is something that should be watched by everybody who has any interest in history or war films.