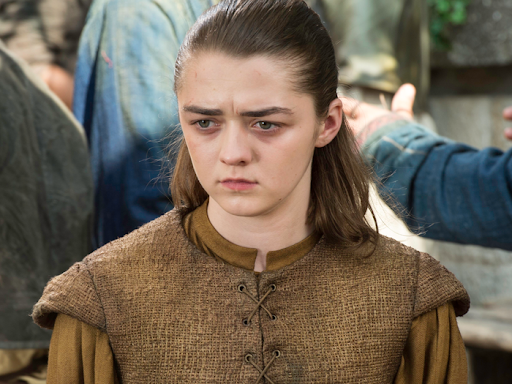 In a recent stream with her brother, James, Maisie Williams (Arya Stark) remarked that she recently reached all eight seasons of the HBO juggernaut and had a few thoughts on it. The show “definitely fell off at the end,” she said when asked about her thoughts on it. Williams elaborated that although there were some enjoyable moments throughout season 8 when asked whether she would’ve wanted to stay on for any more seasons, the actress was “happy to be home.” She then went on to say that “no one wants a bad movie out there” and that for the show to go out on top, it had to end. But it’s not just about the story onscreen for Williams. As she noted, she’s a part of the extended Game Of Thrones family and as such, has a lot of love for all that it’s brought to her life. The HBO series started doing this for her back in 2011 when she was just 13 years old and auditioned for the role of Arya Stark, a character she believed was far from herself.

About the Game of Thrones series?

Game of Thrones is an American fantasy drama television series created by David Benioff and D.B. Weiss. It premiered on HBO on April 17, 2011, and has since been renewed for multiple seasons. Set in the fictional Seven Kingdoms of Westeros, Game of Thrones follows a sprawling battle between rival factions vying for control of the Iron Throne of the Seven Kingdoms in a feudal society where summer always lasts two years and winter can come at any time. The series’ central plot lines involve plots to depose or reinstate the king, with numerous primary antagonists appearing throughout each season. The story takes place primarily on the fictional continents of Westeros and Essos, with some scenes set in other locations, such as the Wall in the North or Slaver’s Bay in the east. The first season begins with a focus on the Night’s Watch, a military order occupying a fort along the northern border.

Game of Thrones is one of the most popular television series of all time. The show has been a rating success, praised by critics, and has received many awards and nominations including 144 Emmys from 220 nominations, with 38 wins out of 220 nominations. It was nominated for a Hugo Award for Best Dramatic Presentation in 2012 and 2015. Its popularity has been credited with helping to re-interest in fantasy works and the genre as a whole, with Time’s Maggie Haberman writing that it “excavated the fantastical roots of the modern blockbuster” and “created an immersive world that sucked viewers in”.

The series has a broad, active, international fan base. It received nine nominations for the 68th Primetime Emmy Awards, including Outstanding Drama Series, and won for Outstanding Supporting Actor in a Drama Series (Peter Dinklage) and Outstanding Main Title Design. The first season’s opening episode became the show’s most-watched episode with 4.2 million viewers; by the seventh season premiere, Game of Thrones had nearly 25 million viewers per episode on average.