‘Welcome to Chippendales’ Releases Trailer, A Story About An Indian Entrepreneur 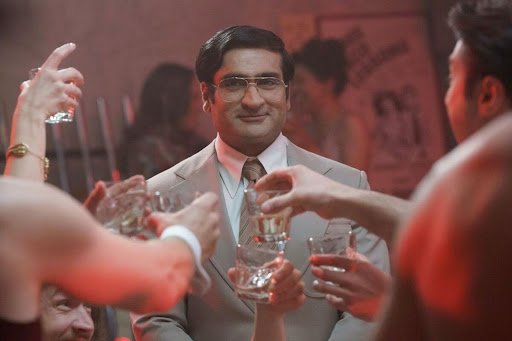 The trailer for the new show on Hulu, ‘Welcome to Chippendales’ has officially been released. The origin story of Somen “Steve” Banerjee, an Indian American entrepreneur who started the stripper troupe, Chippendales. In the trailer, a voiceover says, “Nothing was ever given to him.(Steve Banerjee) He had to seize it for himself. He made his way and he built a world-famous business”. In 1978 when Steve launched Chippendales in Los Angeles, he brought together the iconic elements of male striptease: beautiful costumes and girls, elaborate choreography, and theatrical lighting that mesmerised both sexes and showcased modern dance moves.

Welcome to Chippendales is based on the true story of Somen “Steve” Banerjee, a man who would change the face of male entertainment forever. It is a period dance drama that follows Steve Banerjee as he builds his business, attracts investors, and helps shape the cultural landscape of the first decade of the last century. Some of Steve’s business decisions, such as his decision to go national, changed the face of striptease forever. The series follows him as he allocates resources to ensure that every girl gets paid promptly and also learns to manage people and risk. We also see what it takes to have a successful career in this era of self-made millionaires and how difficult it is for a man with dreams in this era when most are afraid to take risks.

Ready to bare all? Here's the official trailer for #WelcometoChippendales, coming to Hulu on November 22.

💚 this tweet to be reminded when new episodes drop. pic.twitter.com/r6bLs2FIZg

As the first show featuring just male strippers, Chippendales broke boundaries and got many people talking. It’s a compelling story of how a group of dancers and their CEO created an undeniable sensation in the entertainment industry. Chippendales’ rise to fame was very quick, after gaining popularity among audiences in Los Angeles and New York they opened a venue in Las Vegas three years later which has been running ever since. For most of its 32-year run (1978–2010), Chippendales was owned by Banner Entertainment, Inc. First known as Somen Banerjee Enterprise then “Banner Entertainment Inc.

Since the year 2000, people have been talking about Chippendales. It has a very strong fan following and appeals to many people. It has garnered its fans across all age groups, mainly due to the unique concept of a show with men as strippers and women as patrons. It is one of a kind in its rights and has created an identity of its own. Many people have questioned why this show ended its run but many are still waiting for it to come back on stage again. It is an intriguing drama, which tells the story of Steve Banerjee, a man who hustled his way to success and built a billion-dollar company. The series blends fiction with facts about Steve’s life as he builds his business, attracts investors, and helps shape the cultural landscape of the first decade of the last century.