‘The Witcher’ Season 3 Geralt Is Coming Back Next Summer 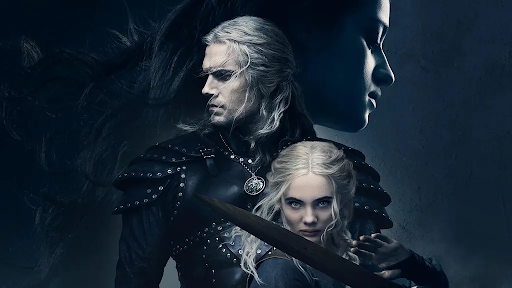 Netflix confirmed that season three of the series was coming, but we didn’t get a release date until now. This finally gives long-time fans something to look forward to next summer. The Witcher is based on fantasy novels written by Andrzej Sapkowski and follows Geralt of Rivia (the titular witcher). Season one saw its protagonist roaming the Continent in search of Ciri, his adopted daughter. Netflix’s adaptation has been a divisive show, with some fans liking the deviation from the source material while others were left wondering why certain characters were changed. Thankfully, though, it looks like season three won’t be changing its tone much.  Showrunner Lauren S. Hissrich confirmed to Nerdist that fans wouldn’t have to worry about a change in demographics despite some criticism over season two’s portrayal of elves.

What we Saw in the last Season of ‘The Witcher:

Season 2nd Focused on the war between Nilfgaard and Northern kingdoms. Geralt had become a mentor to Ciri and a father figure to her. He had also adopted Ciri, like Triss, in his home. At the end of the second season, Ciri was drawn back to her homeland of Cintra where she was captured by the emperor. Geralt, Yennefer, and Triss set out to rescue her from Nilfgaard.

What To Expect From The Witcher Season 3?

Geralt is a man of few words. He’s a man that, even though he might have a lot of feelings and emotions, has never shared them with anyone in his whole life. Whether it was with Yennefer or Ciri, he had never said those words to anybody before. So I think we’re going to see more of that journey and how hard it is for him to be vulnerable with someone. And I think the circumstances and context are quite different this time around, so there’s certainly an opportunity for him to say things that he might not have said before, but also maybe he says some other things too because it wouldn’t be Geralt if he wasn’t surprising us. With that in mind, a new teaser image debuted to tease the upcoming season. Here, Geralt (played by Henry Cavill) can be seen standing against a backdrop of the titular witcher’s signature silver sword while next to him, Ciri (Freya Allan) is riding on a horse.

"I've seen mothers lash themselves raw over the death of a child, believing they crossed destiny, ignoring the stench of 50 other children in the plague cart outside..
Destiny, helps people believe there's an order to this horseshit.
There isn't."#TheWitcher pic.twitter.com/kpHzBl2fMB

What makes this series different from others?

The Witcher has a very dark atmosphere. As a monster hunter, Geralt is haunted by his past and the things he’s done. He is also the only one who can communicate with monsters, making him an unsociable man in a world of humans. The series frequently shows how brutal and unforgiving war can be. This is especially true in season two where Geralt was forced to kill Ciri when she broke her promise to him and tried to fight against his former comrades at Kaer Morhen.