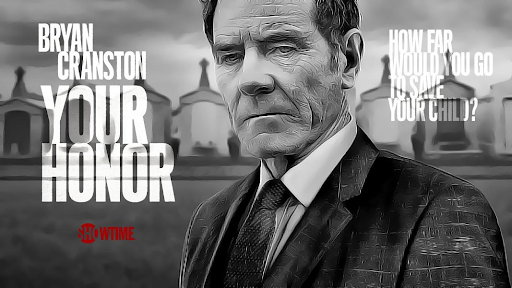 Your Honour season second, the new drama series from Emmy, Golden Globe and Academy Award-winning executive producer Bryan Cranston (Breaking Bad), will premiere on Saturday, December 9 at 10 p.m. ET/PT on SHOWTIME before continuing on Sunday, December 11 at 9 p.m. Explore the tangled and complicated life of Judge Michael Desiato, a respected member of the New Orleans community who must grapple with an unthinkable tragedy when his son accidentally kills the son of local crime boss Jimmy Baxter. As Desiato’s normal and upstanding life is turned into a web of lies, deceit, and impossible choices. He must decide how far he’ll go to protect his family. The series is the same as the 1st Season and the second series also holds 10 episodes.

What we had seen in season one?

Michael Desiato has been a judge for 18 years and has always done everything by the book. After his son accidentally kills Jimmy Baxter’s son, it’s up to him to make life-changing decisions that will define his legacy, but the truth he is hiding will kill everyone around him. With enemies challenging his judgement day after day, Michael struggles with maintaining his integrity amid pressure from every corner as he grapples with this new reality in an attempt to keep all of those close to him alive. He soon discovers that Jimmy is not the only one whose life he has ruined, with blood running thicker than water, Michael finds himself between a rock and a hard place when someone close to him is murdered.

What Does Season 2 Contain In It?

Season 2 continues where the season 1 finale left off, as Judge Michael Desiato finds himself in the crosshairs of a very powerful, dangerous man. His enemies are bent on destroying everything he’s built and will stop at nothing to get what they want. Desiato’s past sins start to come back to haunt him, in an attempt to protect everything that matters most to his family, his reputation and his life Desiato will be forced to make deals that weigh more than anyone can imagine.

‘Your Honour’ season 2 is the ending of the series:

Showtime has announced the ending of Your Honour after its second season, and it is uncertain as to why. The show was first produced as a limited series with a focus on building up character relationships and plot lines, but it became successful enough for Showtime to order a second season.

Showtime has announced that the second and final season of Your Honour will premiere on Sunday, December 11 at 9 p.m. ET/PT. The series is a 10-part limited series.

Alexander Peter Moffat is a British playwright and screenwriter. He is best known for his 2004 television drama Hawking about the scientist Stephen Hawking. He has won a BAFTA, the Writer’s Award from the Broadcasting Press Guild.