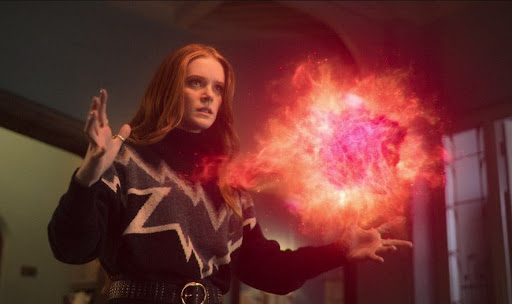 “Fate The Winx Saga Season 2” is here with much more action and adventures for Bloom as she embarks on her second season at Alfea. Now that she is a full-fledged fairy, Bloom embraces her destiny and begins training to master her enchanting powers. Meanwhile, Alfea has been targeted by a powerful new enemy who will stop at nothing until he gets what he wants. Bloom’s friends think their new foe may be connected to the Trix, who are still wreaking havoc in their evil way. With the help of her friends, Bloom starts to discover more about who she is and what she can do with a little extra effort.

Based On: Winx Club by Iginio Straffi

The second season is about Bloom’s destiny, her special powers, and her challenges in mastering them. She also is faced with opposition from the Trix, who has new plans and goals for her, as well as a new enemy that wants her to work for him. In season one, Bloom learns to master her magic and enlarge her powers with the help of her friends. But in this second season, Bloom has to work harder because she is being faced with a new evil.

How will Bloom master her destiny?

The first season revolves around the training of Bloom and her friends at Alfea, where they learn to use their special gifts to become a better and stronger fairies. In this season, each of them learns more about themselves and their powers. Bloom discovers what she is capable of with a little practice and work. She also finds out that she has a long journey ahead of her before she can become a true Winx. She will face many challenges on her path toward mastering her destiny, including the Trix and the new antagonist who wants to take over the Magic Dimension with his special skills.

What do fans expect from this new season?

In the last season, most fans were looking forward to how Bloom would develop her powers. Now that she has become a full-fledged fairy, they want to see how she will face her new challenges and find out what is in store for her. Bloom’s friends also want to master their powers and discover what is going on in the Magic Dimension. With other fairies also being in the main part of the season and new challenges coming on their way like blood witches they all are fueled up to use their power for good use and master them to protect the new era.