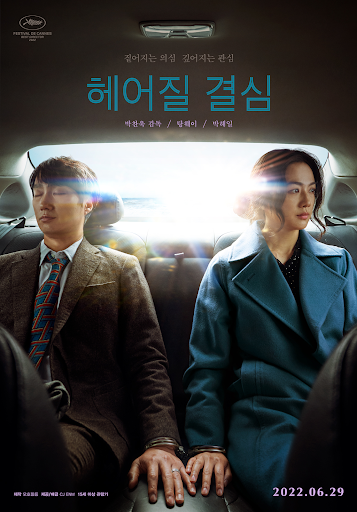 The newest film by Park Chan-wook is a love story. The film captures the imaginations of its audience where it becomes a mystery thriller and romance. It is an erotic, romantic and mysterious movie that leaves the audience guessing what will happen next. Decision to Leave is so much more than a typical love story with romance being just one part of the movie. The movie has action, comedy, and suspense mixed into its storyline, which makes it even more intriguing for viewers to watch. The movie has a very different setting. The characters in this movie are very different from one another making the movie seem more realistic than most other love stories with similar settings. This unique twist makes the viewers want to see what happens next with their favourite characters.

‘Decision to Leave’ is about a detective , who finds himself falling for a mysterious woman. Detective Choi finds out that the woman he is interested in is involved in what seems to be murder but there are no clues at all and even more confusing is the widow of the man who was murdered. The widow has no motive or obvious reason for killing her husband. Detective  really wants to find out why she did it. He thinks he knows but just needs more information before moving forward on his case. At first, after meeting her he starts to actually leave enough room in his busy life for this mystery woman but then decides it would be best not to involve himself with her. The more time he spends with her, the more he begins to grow curious. He does not have time for a relationship in his life but this woman seems to make him doubt his reasoning for not becoming involved with her.

It was selected for the Cannes Film Festival. It is set to compete for the Palme d’Or at the 2022 Cannes Film Festival. It screened for the first time at the Lumière Grand Theatre on 23 May 2022 and was subsequently released theatrically in South Korea on 29 June 2022. After screening in Cannes, it will be released theatrically in North America, the United Kingdom and Ireland, India and Turkey on 14 october 2022. The film had its North American premiere at the Toronto International Film Festival on 16 September 2022 and had its US premiere at Fantastic Fest Film Festival taking place in Austin, Texas from 22 to 29 September 2022.

Who Is the Director?

Park Chan-wook is a South Korean film director, producer, screenwriter, and former film critic. Park is best known for his films Joint Security Area, Thirst, The Handmaiden, Decision to Leave  and what has become known as The Vengeance Trilogy, consisting of Sympathy for Mr. Vengeance, Oldboy,  and Lady Vengeance. He is also known for his English-language works Stoker vs. Park Chan-wook and The Little Drummer Girl. Park Chan-wook are all practitioners in their respective writing and filmmaking genres.