A Big Fairy Transformation Can Be Seen In ‘Fate: The Winx Saga’ season 2 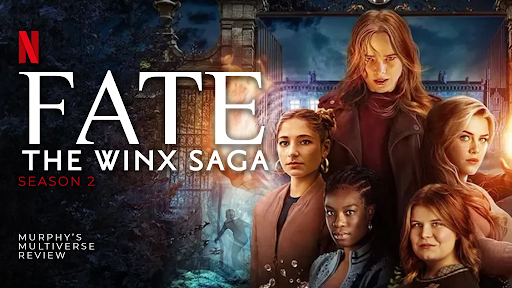 In the first season of Fate: The Winx Saga, the main characters were all transformed into fairies through their powers. This was in stark contrast to the original animated series, where the main cast of fairies underwent fun and colorful magical-girl transformations every time they used their full extent. It has been a hundred years since anyone had transformed into a fairy form with wings and all. and so the show was devoid of a magical girl transformation for the first time since the original show. Because of the lack of fairies and the lack of magical girl transformations, one could even say that the show has turned into a typical superhero series, given its main characters all openly wear outfits while fighting.

Here is the Plot Of The Series Fate: The Winx Saga season 2:

A year has passed since the events of fate and the Winx girls are now attending Alfea. This means it’s a whole new school year with all new challenges, all new romance, and more than ever before. With a new Headmistress in charge, that means one thing: no more hiding magic from the rest of Alfea! But when fairies start to go missing in the night, Bloom and her suitemates discover that they’re going to have to be on full alert. Or everything will come crashing down. Because one thing is for sure: Bloom has a lot to learn about new Alfea, and that means learning about magic and magic is not always good.

Who is the creator of the series?