Marvel Confirms The Cast Of “The Thunderbolts” Movie 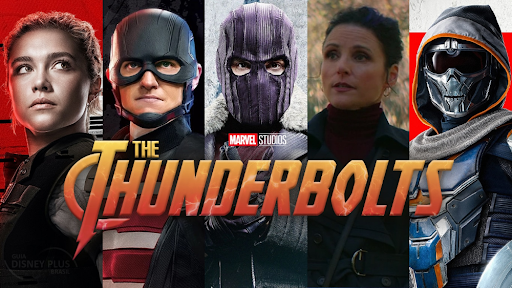 The cast of Marvel’s new Thunderbolts movie has finally been announced. “We’re excited to have such a talented cast of actors and actresses who have been involved in Marvel-related projects in the past,” said Walt Disney Studios President Alan Bergman. We think they are a great fit for the Thunderbolts. In terms of plot, this movie is going to be a very serious Action, Crime, and Adventure based film. It’s said that the film will give us flashbacks of the Thunderbolts’ history. The Thunderbolts is about a group of supervillains, who are just as concerned with doing the right thing as they are with doing the wrong thing. They have to figure out what that means for them and whether it’s possible to do both at the same time. At the event of Disney’s D23 Expo in Anaheim, California. Kevin Feige has confirmed that seven cast members are starring in the new Thunderbolt movie,

The main cast of this film is given below:

All of these characters had made their appearance in different marvel films but this will be the first time we will see them all together. At D23 Expo the release date of this movie was announced and it is set to release on July 26, 2024.