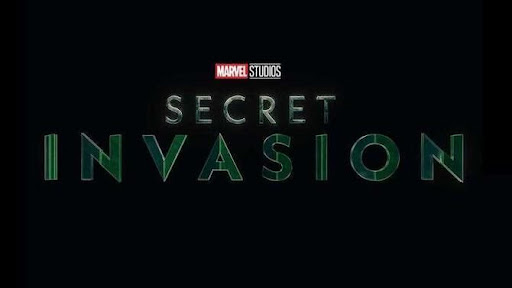 Marvel’s newest mini-series, also known as Secret Invasion, is based on a series of comics that debuted in 2008. The storyline was about the Marvel universe being invaded by aliens. Usually, with comics, a lot of the storylines are never directly followed up on or they end in the middle of a comic where everything has been built up to but instead things were left open for another storyline to be developed in the future. Nick Fury is shown in the trailer as the main cast who returned to MCU again and with new secrets, there is much more to discover.

Based on:  Secret Invasion by Brian Michael Bendis and Leinil   Francis Yu

Secret Invasion tells the story of how Earth’s mightiest heroes came to realize that some alien invaders had been hiding among humanity since 1939. They began to learn of the existence of a secret space empire, known as the Skrulls, that had secretly been infiltrating Earth for years. When they did manage to discover the entire plot to invade our world and rule it in their stead, they struck back quickly and efficiently. All the heroes that helped us were destroyed or captured during this time, allowing for these shape-shifting aliens to be able to move freely throughout our world undetected.

When will this miniseries launch?

At this point, there is no specific release date for the show. It is set to air continually on Disney+. There are currently no plans to release the series on DVD or Blu-ray, which may be a reflection of its low production value. The series is expected to release before the upcoming Guardians of the Galaxy vol. 3. This mini TV series was announced at the San Diego Comic-Con (SDCC) 2022 in July, Filming of Secret Invasion began in London in September 2021, and wrapped up in late April 2022.

What Marvel fans are expecting from this upcoming series?

There is a huge amount of hype behind this miniseries and it is highly anticipated by any Marvel fans out there. I have not read the series, but I have been following along with Marvel books from other franchises and know that things go in a direction in which the heroes are put on their heels and are forced to try their best to stay alive.

What is different about the series?

One big difference about this upcoming Secret Invasion mini-series is that it does not follow the standard storyline of a comic book series. In comic book storylines, characters start as regular humans, have an unlikely encounter with an extraordinary person or event, and then become involved in some way with a superpowered group.

“The Stranger” Everything About This Upcoming Crime Thriller Is Here

Barbarian Reveals About The Monsters In The Film