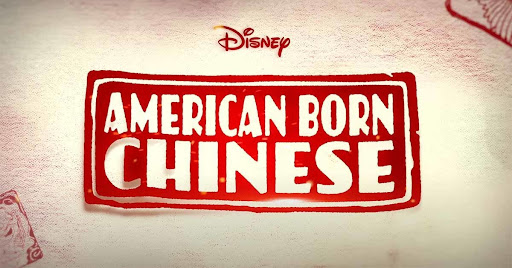 A new comic book is coming out on Disney+ called American Born Chinese. The protagonist, a boy named Jin, is the only person of color in his family surrounded by Caucasians. It will be one of the few films streaming on Disney+ that have been adapted from a comic book and will be released later this year. Whether you are Chinese-American or not, there is something to this story for everyone! The film has different characters – each character represents different countries from every ethnicity in China and America. I also love how it utilizes different pop culture references as well as some complex vocabulary words like “hapa”, which means a mixed-race child with both Asian and Caucasian features.

Based on: American Born Chinese by Gene Luen Yang

The story of this TV series revolves around an average teenager named Jin Wang who is struggling with his school life and also facing problems at home. The turning point in his life comes after he meets the new student of foreign exchange from his school, which makes him involved in the battle between Chinese Gods and mythology. The show will involve the great Chinese Gods and mythologies and how can you forget the mighty monkey king?

Will the Chinese mythologies blend within the new story?

The Chinese Mythology. There have been so many popular myths within Chinese culture that have been overlooked. Many of these myths are based on history and contain some truth to them. However, as time progressed, stories of mischievous foxes and evil dragons were mixed with Taoism and Buddhism to “keep the children entertained”. These stories were told for entertainment purposes but also served as a way for parents to educate their children about what was going on in the world.

Will this TV series entertain us?

The premise of American Born Chinese is full of humor, action, and pretty much a story that is meant to entertain. How can you not love an Asian – American boy who is half Chinese, half Caucasian? The theme of the movie is one of being different in a world that judges from a single glance. What’s not to like about that?

I hope this movie does get released on Disney+ and that it will be a success! It is a beautifully written and well-illustrated book. I have to admit, I was always a huge fan of all Chinese mythology as a kid. I would always watch the fish float in the aquarium and look at them as if they were real living animals. I’ve always had an imagination and my mind has been constantly running wild with different thoughts ever since I was young.