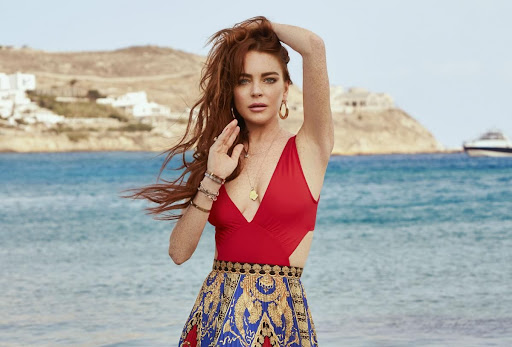 Lindsay Lohan has been up to a lot of crazy things in her life; some of them she’s regretted, and some others even she’s forgotten about. But one thing that Lindsay does remember is her role in Mean Girls as the moral compass for many teenage girls around the world, giving hope and wisdom to those who needed someone to listen and guide them through their turbulent times. Lindsay Lohan is an American actress, singer, songwriter, and director. She first became famous as a child star on the Disney Channel’s “The Parent Trap” before starring in films such as “Mean Girls”, “Freaky Friday”, and “Just My Luck”. Lohan continued her career into adulthood with roles in films such as “Herbie: Fully Loaded” and “I Know Who Killed Me”. Alcoholism rumors plagued Lindsay during her first years of fame. In 2007 she was sentenced to three months of rehab after pleading guilty to two counts of driving under the influence (DUI).

What is there to come in Irish Wish?

As already mentioned earlier, Irish Wish is a romantic comedy series set by Netflix. From the title itself, it is clear that the series will be about a romantic wish. Netflix’s recent post on Tulum says that this series is about a bride who wishes to marry her best friend. It is filmed on the green moors of Ireland.  The story is said to revolve around a girl who thinks that her dream of marrying a boy of her choice will come true one day, but at some point in time, she thinks that this is never gonna happen.  The role given to Linsay Lohan is of Maddie, a bridesmaid. She is attending a wedding between her love of life and her best friend. After a dream, she wakes up in a reality where she finds everything different.

Irish Wish is the second set of Netflix’s romantic comedy film with Lindsay Lohan, the first one is “Falling For Christmas”, which will be released on the 10th of November.  Everyone is taking a break from Lindsay Lohan these days, but Lindsay Lohan is not taking a break from Netflix. The actress has been working with the streaming giant on new projects and content. This begs the question if this means that she is going to start acting again or just collaborate with them. Hopefully, she will have better luck and start acting more in the coming months.

When the love of her life gets engaged to her best friend, Maddie puts her feelings aside for the wedding in – you guessed it – Ireland, where she makes a wish for true love & wakes up as his bride-to-be. pic.twitter.com/xV922DHC45

Will this film be worth watching?

If you’re wondering if the film is going to be worth watching, I’ll say this much: this may have Oscar nominations next year. The reason is that more than anything else, Hollywood wants to see Lindsay Lohan in a romantic comedy. As they say, “she sells.” This is why Netflix was so interested in her and why they did such a great job at making her casting seem organic.