Never Have I Ever Actress Opens Up About Season 4 End 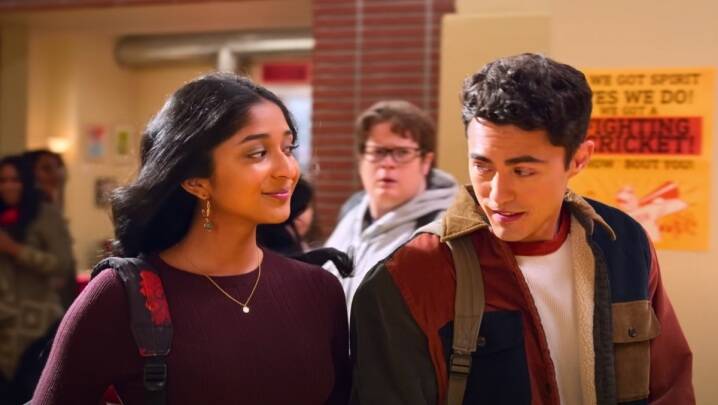 Season 4 of the Netflix original series “Never Have I Ever” came to a shocking close on Wednesday. The season finale ended anonymously, with a voice off camera ominously saying, “And now it’s over.” In an interview given after the finale aired, Jennifer Rappaport (the actress behind the main character Olivia) opened up about her thoughts on the season and also shared some insight about what’s to come for season 5. Funnily enough, she revealed that she thinks Olivia will be someone you can’t help but cheer for in her quest for justice in Season 5.

Rappaport Also Shared Her Thoughts On What’s Going To Happen In Season 5.

She thinks there will be “something big” coming up for Olivia and the other characters. At one point, Rappaport was even brought in by Jonathan Stager to act out ideas so that he could understand what it would be like for them as a team. She explained that “We would have Jonathan come in to play the role of the guy living above my head and I would have to act out what it was going to be like at home. I would create a world for myself instead of going with what Jonathan already had planned. And then, I became Olivia…I’m excited about that.” She also said that she loves what Stager brings to the table and he has become someone close with whom she can go to share ideas and thoughts. She said that he is “always trying behind-the-scenes things.”

Why Did Olivia Become The Main Character Of The Never Have I Ever Series?

When asked how she got into being the main character of Never Have I Ever, Rappaport said “I had a great audition.” The show’s creator Jonathan Stager was inspired by her audition and decided to cast her as the main character. “When I read it, I said ‘OK, this is Olivia.’ And he said ‘Oh yeah? Who’s Olivia?’ And I said ‘That’s it,'” Rappaport revealed. She also revealed that the show wasn’t intended to be a series, saying “We did it as a three-part series. And then, we decided to go ahead and make it into a series.” She enjoys playing Olivia and will forever play her as the main character in Never Have I Ever.

What People Would Think About Olivia Being On The Show At First?

Rappaport explained that she was initially concerned about what people would think about Olivia being on the show at first. However, she quickly realized that she shouldn’t get too hung up on what others might think because her life would have no meaning if she did. She feels that Olivia’s character has been a great vehicle for “focusing on what’s important” in her own life. She also feels that Olivia has the potential to be something more because the character is “fierce.”

Did She Think That The Show Would Have An Impact On The Way People Behave?

Sure. Because of the show, Rappaport now thinks that people have been able to become more aware of what it is like for others to be going through similar things. She said that with the show, people have been able to understand “what’s going on in someone else’s life in a way that they never thought of before.” Rappaport said, “I think it has a positive impact and I hope it will continue to have that as we go into Season 5.

Who Does She Enjoy Playing As On The Show?

While she loves playing Olivia, she’s also enjoyed playing her other character on the show. Rappaport played Pauline in an episode where she had to help Olivia answer a question about whether or not it was okay for Pauline to date a friend of Rappaport who shared her thoughts about the last episode being filmed. “We shot one scene where I start with long black hair and then I’m sitting in a different room and they cut my hair short…It was interesting to see how we shot it,” she said. The season ended shortly after this happened, so this was the last scene that she shot for Season 4.

Jennifer Rappaport Throughout Stress Over The Seasons

The actress revealed that Olivia has changed as a character throughout the series. She said “Olivia very much is how I am and how I behave but more facets. She hasn’t been so beaten down by life the way that I have, but she’s got more facets than I have.” Rappaport also said that she had never experienced harassment in real life before she started portraying Olivia on Never Have I Ever.