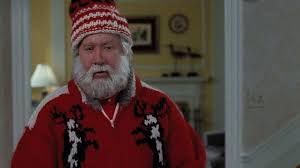 In an upcoming holiday-themed episode of the ABC comedy series “The Santa Clauses,” Laura San Giacomo (“Just Shoot Me!”) will play a Christmas witch who is determined to outdo Scarlett O’Hara (Emma Stone) in the spirit of competition. In “The Christmas Witch,” Scarlett and her fellow elves are busy preparing for the annual toy drive when an old wooden sleigh crashes in front of their workshop with a grumpy Santa Claus inside. Claiming he’s been robbed, he pleads with Scarlett and her friends to help him deliver toys this holiday season.

Introduction to The Santa Clauses

The Santa Clauses is a family film about the elves that take on the form of Santa Claus. Also. to deliver presents and cheer to children. The movie will explore what happens when one elf – Jovie – is chosen by Santa to become a new Christmas tradition. But as he sets out on his journey, he discovers that his true identity is in jeopardy. Faced with two families who are sure they own him and a human girlfriend who doesn’t know anything about Christmas, Jovie has the daunting task of figuring out how to find himself before he loses himself.

Character names in The Santa Clauses

Story of The The Santa Clauses

The Santa Clauses SEASON is about a father and son going Christmas shopping for the last time before the dad leaves for his military deployment. It has been eight years since he’s left them and they don’t want him to leave again. In a remote, mountain village where snowfalls are notoriously unpredictable, families prepare for a harsh winter. Out past the farmlands of Bavaria lies the Schloss that once was home to generations of royalty until they were deposed and sent into exile by Napoleon III’s army. The castle is now a crumbling ruin abandoned by its former owners and crawling with feral animal life.

Still, the village’s people are hopeful that the winter will bring improvement to their lives, even as they huddle in their homes, praying to God for protection from the howling winds and blustering snow. As the village children make their way home from school one day, they discover a parade of strangers dressed in robes of plastic and wearing masks affixed with plastic bows—they call themselves “The Santa Clauses”—parading through town playing Christmas carols for onlookers.

“The Santa Clause” is coming back for a new series, and the original Bernard (played by David Krumholtz) will be making a return. This time, the comedy will be taking on a younger audience as it tells the story of 13-year-old Charlie who finds himself with some unexpected Christmas holiday duties. The New York Times reports that “Santa,” which was originally released in 1994, has sold close to 19 million copies and grossed $144 million worldwide. It’s unclear if Krumholtz’s return hints at more sequels in the pipeline or just this one new project.

When the first film debuted in 1994, “Santa” was a surprise hit and became the first made-for-video movie ever to cross over and get a theatrical release. Krumholtz earned a Blockbuster Entertainment Award for his performance. Krumholtz had smaller parts on “Numb3rs,” “Numbers,” as well as on shows like “The Practice,” and films such as “Holes.” He’s also appeared on episodes of the popular series “Parks & Recreation.

What do you think about The Santa Clauses?