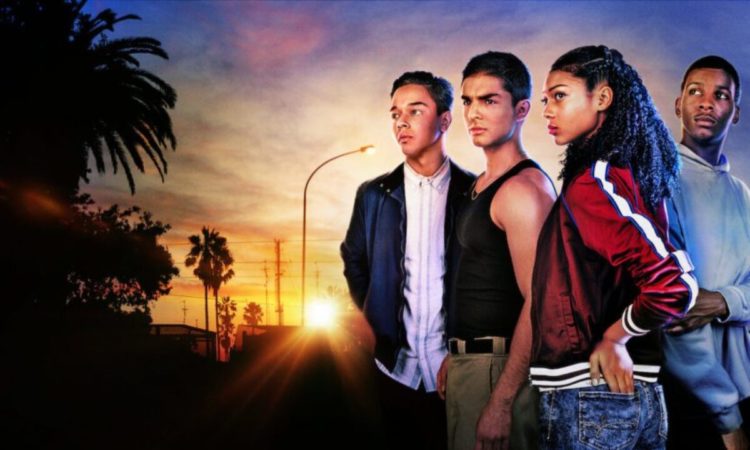 It’s time to bid farewell to our crew with On My Block Season 4 Finale already been aired. On My Block’s series finale is here, and we’d love to follow the Core Four for as long as possible. We’re saying goodbye to them as they go their separate ways because of school and adulthood. Things are changing in Freeride, but the series finale can’t end with a whimper. So, what exactly happens in the series finale?

Here’s the full rundown of the fourth season of On My Block, which will come to an end on Tuesday.

On My Block Season 4 Ending Explained:

Despite the fact that graduation is fast approaching for our Core Four, they still have one major high school rite of passage left: prom. Monse, incensed and devastated that Cesar refused her prom request, decides to finish reading her mother’s book.

After being consumed with it for days and learning more about the woman who originally abandoned her all those years ago. She meets with her father and Brian to reveal what she discovered and ask if they would join together again, which they agree to. 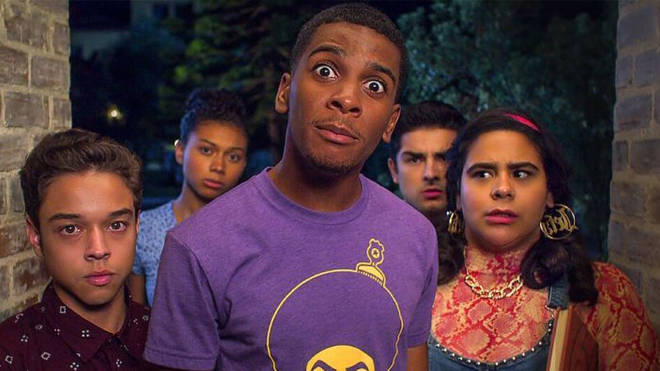 Meanwhile, Jamal continues to believe someone is after him, and he installs video cameras in his room while also attempting to make arrangements for a date before selecting the beautiful Charlize.

Jamal goes out to find Chivo after seeing a gnome on his windowsill. Despite the fact that Jamal discovered him outside, Chive is not the one who has been following him around.

Also, because Spooky Gnomie “wants to be with him,” he is there genuinely. Jamal refuses, explaining that he doesn’t want a ghost tagging along, and leaves.

On Prom Night, Monse decides to go last minute after her father informs her that she does not require a date to have fun. Ruby has an emergency after he gets his eyebrows trimmed, but he leaves nevertheless.

When Cesar is getting ready at home, he sees Oscar’s spirit in the mirror and reminds him how to tie a tie. Cesar informs him that he’ll be a great person, and make him proud, while Oscar responds that he already has. When he turns around to face Spooky Gnomie, his grin grows even wider.

Jamal stops by Abuelita’s house and explains that he still hasn’t figured out what he wants to do with his life, and she replies that it will come to him in the proper time just like “the way you found me. You and your crazy ideas have given me a reason to live.”

On My Block Season 4 Finale: What Happens at The Prom?

Ruby, Jasmine, and Monse eventually learn that Jamal’s big Prom theme is “Illuminati Nights,” much to their annoyance. The couple hit the dance floor, and while Charlize is attractive, she isn’t that into him. 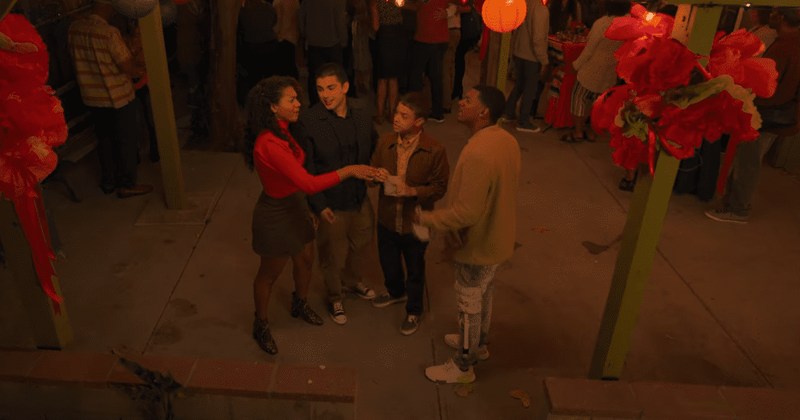 Monse sits alone after she sees that everyone else is dancing with their partners. While Jasmine tries to boost Monse’s spirits in the bathroom, she tells her that she should live her best life. “The silly that sole Cesar,” says Jasmine.

Vero enters the scene, looking for a tampon. Monse chooses to go ahead and give her one, and they bury the hatchet. Ruby is named Prom King soon thereafter, and the crew rejoices over the major achievement.

On My Block Season 4 Finale: Was Someone Stalking Jamal?

On the table, Juanita “reminds” him to go outside. However, when Jamal exits, Kendra is staring at him. He goes outside but instead discovers that his car has been following him all along.

It’s been revealed that Noel Aroma, a Fortune 500 technology entrepreneur, has been keeping an eye on him due to Kendra, who is his intern. After high school, Jamal accepts a job from Noel.

Outside, Cesar and Monse almost dance near the end of the slow number, but Vero arrives just in time. They reconnect and Cesar states that he has never seen a future for himself before now and that he hopes she will be there with him as well.

Ruby’s relatives return to their cabin in the mountains, where they learn that Abuelita has died. Everyone gathers for a memorial celebration at her gravesite, where they smoke marijuana and drink tequila in her memory.

The crew notes a new group of youngsters enter the yard, exactly as they did at the start of season one. They talk about what’s next while Cesar is about to go to Portland to assist raise his newborn niece.

The credits roll. Ruby discovers Abuelita left them an invaluable gift: a map. They resume their Rollerworld rivalry as they determine who will be the boss this time, and the screen goes black.

Is On My Block Season 4 Really an End?

While we’ll never see the Core Four again on Netflix, we’re not ready to say goodbye to Freeridge just yet. A new spin-off series, Freeridge, is in production at Netflix.

It’ll be following another crew in town. We wouldn’t be shocked if it’s the same group we saw at the end of the finale, but official details will have to wait a bit longer.

Tags: On My Block Season 4 Finale