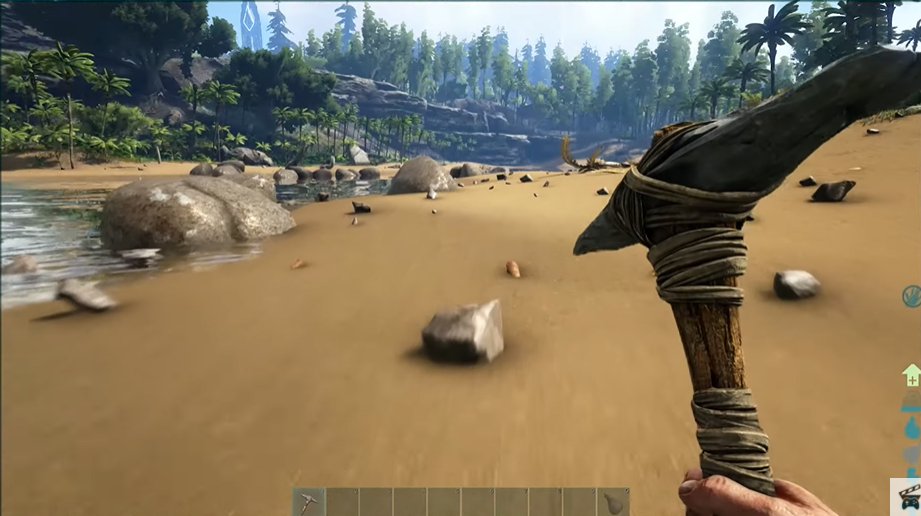 Ark: Survival Evolved is an action-adventure survival video game. This game will test your survival abilities to the limit. Ark survival is a video game developed by studio wildcard.

This video game is an ultimate survival test, and you would require the help of some Ark survival Evolved hacks and cheats to survive for a more extended period successfully.

You can easily find this survival game on all major platforms, including PlayStation, Xbox, windows, laptops, and Nintendo.

There are multiple modes in this game, including single-player and multiplayer game modes. You can tame, catch or kill primitive animals such as mammoths, dinosaurs, and so on. Your primary objective is to survive in this world for as long as you can.

It is essential that you create quite a few beds and spread them across the map. Beds are an integral part of your survival in this game, as you will respawn at your bed after you die. Due to this tip, you will not have to start from the beginning. This is also an effective way of saving your progress.

One of the best ways to keep or maintain your nutrient level in the game is by killing off smaller creatures. The meat from smaller animals will give you a quick boost. Killing off more giant creatures will not be an option for you as you won’t have advanced weapons and tools to defend yourself in the beginning stages. If you want to progress quickly through the levels, you can kill Lystrosaurus and Dodo to gain high experience.

Engrams are an essential part of your survival strategy in Ark: survival as they are the key to getting higher and upgraded armor, weapons, and other items. You will be able to deal more significant damage as well as sustain more damage with better armor.

If you don’t spawn on beds after dying, you must land or generate inside the safe zones. These zones are safer as they have great loot and lower-level creatures, so you’ll be able to cross these regions easily. If you spawn in the same safe zone, again and again, you’ll also get familiar with the terrain and environment of these regions.

5. Stay Away From Dilophosaurus

Dilophosauruses are not among the strongest enemies in the Ark: survival video game, but they can be your worst enemies in the beginning stages of your journey. These creatures have the unique ability to shriek and spit acid on you. If you don’t have any armor on you, then you’ll suffer significant damage.

6. Go Easy in the Beginning

It is always preferable that you go easy and slow in the beginning. The punching will be your primary weapon at the start of the game until you upgrade your character stats. If you push your character too hard, then your character can die as well due to exhaustion.

7. Stay Close to the Beach

You should set up a base or camp near the beach for the first few levels. Even though you will urge to go offshore and explore the island, it would not be a wise decision. Dense forests and hilly regions are full of dangerous creatures, and if you don’t have the proper gear and tools, it is not ideal that you go out there. Another benefit of living near a beach in the video game is that you’ll always stay hydrated. The majority of the creatures you can see near the water are either passive or herbivores.

Going underwater is never a good option in Ark: survival as the water is full of creatures that will quickly harm you. Even when you are at a higher level in the game, you will still find it very difficult to navigate underwater without any difficulties. There are huge fishes, piranhas, and other water creatures that will immediately attack you as soon as you enter the water.

9. Build Yourself a Shack

Building yourself a nice and cozy shack is a very nice idea. You can use this shack as a respawn point as well as for testing purposes. The shack also acts as a good facility for storing the extra items you have gathered on your journey. You’ll also be considerably safer inside the shack as you’ll be protected from the wild creatures roaming freely. You can also cook quickly at night. The visibility is low, so you’ll not notice the animals and creatures around you.

10. Always Keep An Eye On Your Pockets

The main struggle in the video game is not just gathering supplies but also having to protect them from looters and other creatures. If you die while exploring, you will lose all the resources you have gathered on your journey. There are small creatures that come from the sky in packs to steal your belongings. Upgrading your storage and armor will prevent this thing from occurring.

The above mentioned tips are sure to help you survive your initial days in Ark: Survival Evolved. So, keep these in mind and win the game effectively.

How to get better at Valorant: tips, tricks, and tools