The Harder They Fall: Everything We Know About The Film Noir 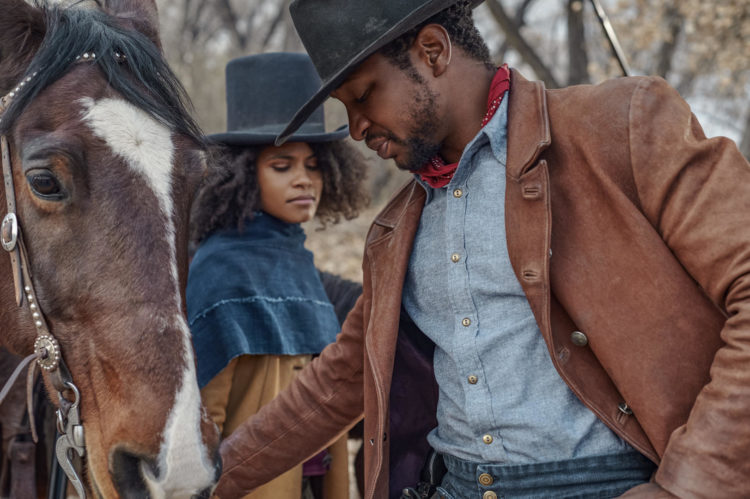 Despite her award-winning directorial debut being a work of art in its own right, Regina King was sorely missed on the small screen last awards season. But she’s back in action this fall, as the trailer for Netflix’s upcoming film The Harder They Fall reveals.

The movie, which was written and directed by Jeymes Samuel and Boaz Yakin, has a Red Dead Redemption feel to it. It follows competing gangs as they gunslinger their way across the American West in a variety of delightful mix-and-match hats and coats.

Pretty Smart Season 2: Is It Coming to Netflix Soon?

They want money, vengeance, and yet another rationale to shoot someone in the face, and if the trailer is any indication, they’ll have lots of chances.

Netflix has made a successful bet with several Originals, but we’d be willing to gamble a fistful of money that this one is a hit. However, while we wait for more than two minutes of footage, here’s what else we know.

The Harder They Fall Movie Details:

The story of The Harder They Fall is set in the American Old West, during the late 1800s. It follows two outlaws: Nat Love and Rufus Buck, and their conflict with each other’s gangs. Rufus murdered Nat’s parents decades ago, and Nat is hell-bent on vengeance once he learns Rufus’ crew is releasing him from jail.

Nat sets out to find Rufus, and they are joined by Stagecoach Mary, Bill Pickett, and Jim Beckwourth. Nat tries to track down Rufus, but he has his own posse to deal with. With names like “Treacherous” Trudy Smith and Cherokee Bill, you can bet they’re good at brawls.