What If? Season Finale: Everything We Know So Far About The Series 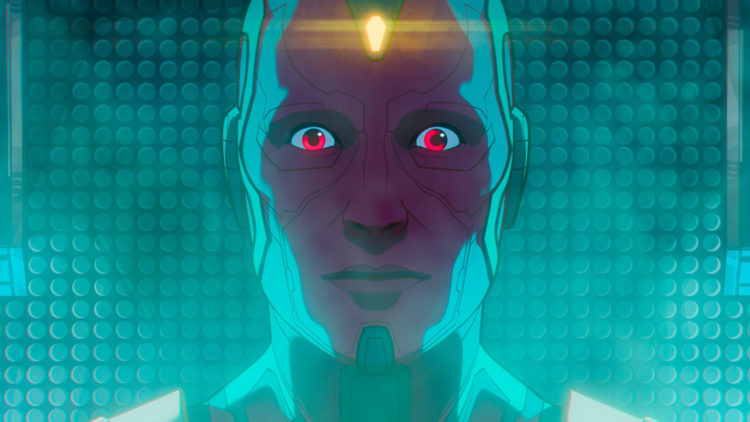 It’s all come to this. After seven episodes of introducing numerous alternative versions of famous Marvel characters (even murdering several… over and over) and ripping apart entire universes, What If…? will finally reveal the “larger plan.”

Latest Updates about what if:

The Disney+ animated series will start tying all of these seemingly separate stories together in episode 8, “What If… Ultron Won?”, which is set to air this coming Friday.

“We’ll see some of our characters again as we get closer to the conclusion,” head writer A.C. Bradley tells EW. “And the Watcher learns a few life lessons about what being a hero truly entails and how much these stories, these words, mean to him.”

While the previous seven episodes introduced new tales that haven’t been linked aside from the Watcher just watching and commenting on what he sees, director Bryan Andrews says that waiting until the end of season 1 to finally tie everything together was always the plan.

“It was built to be a certain way, and some people have been wise enough to realize that we’re gradually seeing more of the Watcher’s visual appearance as we go forward. And that was all meticulously planned from the start,” says Andrews. “All of it is now culminating on an arrowhead.”

What Does Bradley Say?

The What If…? cast always saw the Watcher as “the audience,” which is why he just blended in with the scenery at first but has since developed into a real character, according to Bradley.

“He starts out quite distant and literally peering from afar, but for so many of us, Marvel films have become more than just a source of entertainment,” she adds. “Marvel movies have become increasingly more culturally significant and prevalent in our lexicon, so the idea that the Watcher’s existence as he paces through these multiverses, lives through these heroes, endures their triumphs and tragedies that he becomes not only more emotionally involved but also wants to be more connected to their world even though he knows he shouldn’t.”

The all-seeing being enters the final two episodes of the season with a major conflict, according to Bradley. “Will he continue to be the Watcher and just watch the victories and catastrophes?”

#WhatIf's Season 1 finale has been teased by the series' head writer: "We will see some of our heroes again… It's more just: What if The Watcher met his heroes?" Full quotes: https://t.co/qZa0byg6UD pic.twitter.com/1mm7S2xvEO

During the podcast, Bradley also states that while this week’s episode “is its own episode, it does connect to 9. You may watch 8 as a stand-alone, but 9 is for when we finally address the end tag.”

“Yes, I’m thrilled to have been able to make it through Season 8,” she says in response. She guffaws when asked if the series title might be: “What If the What If…? Writers Stops Trying to Infuriate Twitter?” But she grows serious as she adds, “It’s more about: What If the Watcher Met His Heroes?”

Fans have been shocked by how dark and tragic many episodes of Game of Thrones Season 6 have been, so Bradley is well aware that some people were taken aback.

“The most liberating aspect of What If…? has been creating things you’ll never see in movies, such as killing off our heroes, ending the world, or going all out,” she adds.

“I’m hoping that when people see how we weren’t going in there blind, with no plan, that they realize there was a bigger strategy. I’m well aware that many of the episodes end tragically and there’s a reason for it. I’m hoping viewers have liked the trip thus far and that the conclusion delivers on everything we promised.”

Season 1 was supposed to be 10 episodes at first, but one of them had to be delayed until season 2 because of the COVID-19 epidemic, according to Bradley.

“The 10th episode of our series was a more lighthearted Tony Stark tale,” she adds. “We’re receiving a lot of criticism for killing Tony Stark too much on Twitter, as he has unintentionally become the Kenny of the What If…? universe.”