The Fantastic Beasts 3 Or The Secrets Behind Dumbledore 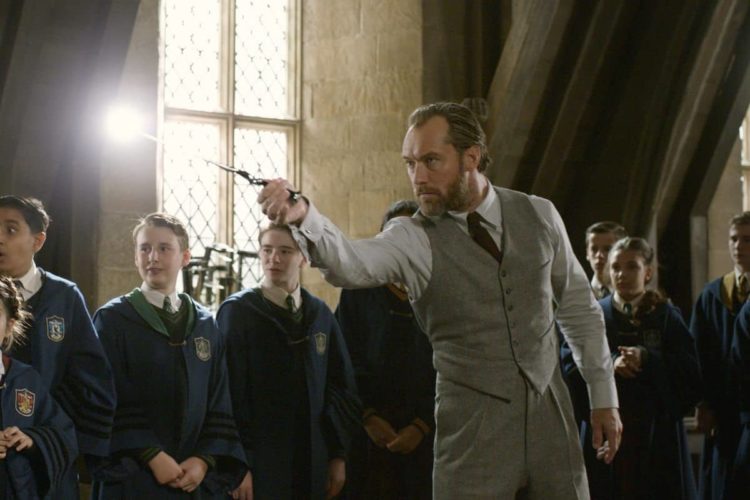 Newt Scamander was the main character, and his name was taken from a children’s book Rowling wrote to tie in with her Harry Potter novels, one that was produced for charity. It appeared to promise a greater look at the world that had previously been only hinted at in stories set in Hogwarts. Newt Scamander, played by Eddie Redmayne, would be the star of the show.

What Do We Know About The Fantastic Beasts 3:

Unfortunately, the Fantastic Beasts franchise has met with adversity, in part owing to a number of unexpected events that have marred the previous films. The most aggravating, however, was the casting of Johnny Depp as Gellert Grindelwald, the dark wizard.

It was announced at the time when Johnny Depp’s divorce from Amber Heard was becoming increasingly public; Warner Bros. held on to Depp as long as possible, but ultimately confirmed his departure in November 2020.

Meanwhile, Rowling’s scripts were criticized, especially after Fantastic Beasts: The Crimes of Grindelwald shook the Harry Potter canon by introducing a previously unknown sibling of Dumbledore.

The Fantastic Beasts franchise has now come to a close. The name of the film, Fantastic Beasts: The Secrets of Dumbledore, indicates that the primary attention has switched from Newt Scamander and his creatures to characters who are more closely linked to Harry Potter and Hogwarts.

The fact remains, however, that Warner Bros. decided Harry’s ancient headmaster was a more appealing hook than all of the characters introduced in the previous two installments. It looks like they think audiences haven’t connected to Newt and his friends in the same way they have to Harry and his friends.

The ceiling of this chamber is covered in paintings of people, animals, and other things that don’t exist. This failure is all the more vexing because there exists a vast realm of enchantment just waiting to be tapped into.

Rowling may have created anything with the Harry Potter films focused on Hogwarts, which is only occasionally straying outside the United Kingdom.

When she introduced the insular wizarding society of the United States and MACUSA, it’s equivalent of the Ministry of Magic, there were indications of her old inventiveness in Fantastic Beasts & Where To Find Them.

After this, she became preoccupied with the notorious dark wizard Grindelwald and, through him, on the individual who had outlasted him. To be honest, The Secrets of Dumbledore may as well rename Fantastic Beasts to “The Dark Wizard Harry Potter Slept With.”

It’s disappointing to see the Wizarding World of Harry Potter go down like this; Rowling was one of our generation’s greatest world-builders, and she created a magnificent three-dimensional universe that children and adults alike loved.

Despite the fact that Harry Potter and Fantastic Beasts have both amassed a huge following, neither Rowling nor Warner Bros. has been successful in extending the series; it appears that lightning (scars) does not strike twice for Harry Potter.

Hopefully, Fantastic Beasts: The Secrets of Dumbledore will conclude the narrative in the most satisfactory manner possible since it’s extremely unlikely to save the series.