James Gunn Teases Updates And Plot About The “Peacemaker Show”! 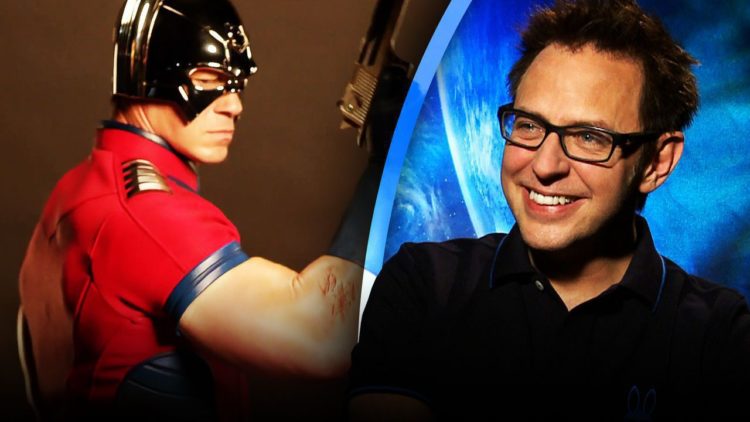 The show is a comedy series that James Gunn will be co-writing with his brother Sean. James Gunn also teased an update on the cast of the show, which includes Nathan Fillion as one of the main characters!

The show creator about James Gunn, talks about the different plot and explains how they are “going to play two old high school friends (one is now an ex-CIA agent) who own and run a company that solves problems for supervillains.”

We can’t wait until we learn more details about this new project with James Gunn and hopefully see some clips soon! We’re excited!

James Gunn Teases Updates and Plot About the “Peacemaker Show”! James Gunn also teased an update on the cast of the show. Howsoever, one thing that is still missing is the release date. we know the show will release in January 2022. Howsoever, we don’t have an official release date. And we can’t speculate one either.

Nonetheless, fans have all the reasons to be excited about the “Peacemaker” Show!

We don’t know much about James Gunn’s “Peacemaker Show” other than the fact that it will be a musical comedy. In addition, James himself has revealed some of his own ideas for story and plot points on Twitter. Though he hasn’t given out too many details, we can still speculate based upon what James has said so far.

James Gunn is 'open to' directing a sequel to #TheSuicideSquad

Did James Gunn give any spoiler about the show?

James Gunn has not revealed any spoilers or plot points about his upcoming musical comedy “Peacemaker Show.” James has only said that the show will be a mix of Deadpool and Guardians of the Galaxy. But he hasn’t given out anything else.

Will there be any plot twists in the “Peacemaker” Show?

We are not sure about any plot twists. As the show plot has been tightly under wraps. We can’t speculate anything.