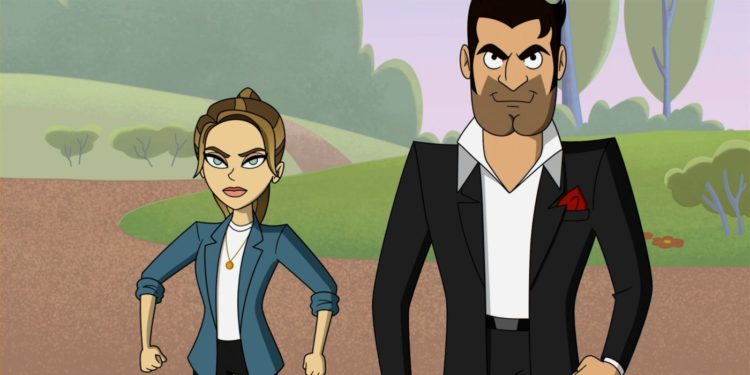 Netflix has released the first look images of Lucifer season 6’s upcoming animated episode “Yabba Dabba Do Me,” created by the team that was behind Harley Quinn.

Netflix has released sneak peeks from the upcoming animated installment of Lucifer’s sixth and final season. This film will premiere on the platform on September 10th, 2021. While we don’t know how Chloe Decker (Lauren German) and the Devil (Tom Ellis) became animated with each other, we do know that this was a move Joe Henderson wanted to make on the show for some time, as Lucifer takes its final bow.

Latest Updates About The First Look Of The Animated Series Of Lucifer:

The first-look stills from the forthcoming Lucifer animation episode have just debuted. Lucifer is a supernatural drama television series that begins in Los Angeles and follows Tom Ellis as Lucifer Morningstar, who has abandoned Hell to take over ownership of a club in Los Angeles.

After three seasons, the show was canceled by Fox, its original network, before being picked up by Netflix. Season 6 will be the final season of “Lucifer,” which will premiere on September 10.

The sixth season of Lucifer will pick up where the fifth season left off, with Lucifer preparing to rule as God. The 10-episode run was designed to tell a tale after happily ever after.

Nonetheless, from the footage of the trailer, it appears to maintain its trademark decadence and huge metaphysical mayhem. Early footage from the following season has leaked, showing one of the season’s most anticipated items: an animated episode.

Henderson told Collider that, in the animated episode, which will be Season 6’s third (titled “Yabba Dabba Do Me”), the team behind another popular series based on DC Comics characters HBO Max’s Harley Quinn took charge.

“We were all just talking about what we could do together,” said Henderson, who noted that the episode was built entirely by accident using material from several previous episodes. “It’s this wonderful coincidence that Jenifer Coyle, Harley Quinn supervising producer Jennifer Coyle and the show’s animators assisted them in putting it together.”

After being canceled by Fox, Lucifer was resurrected at Netflix with Season 4. The final season of Lucifer was confirmed in March after the hashtag #ThankYouLucifer began trending on Twitter following a tweet from Henderson.

The series follows Lucifer (Tom Ellis), who is bored and dissatisfied with his life as the Lord of Los Angeles until a murder mystery pulls him out of retirement. Aimee Garcia, Rachael Harris, Kevin Alejandro, Lesley-Ann Brandt, D.B. Woodside, and Scarlett Estevez star in the show as the aforementioned characters.