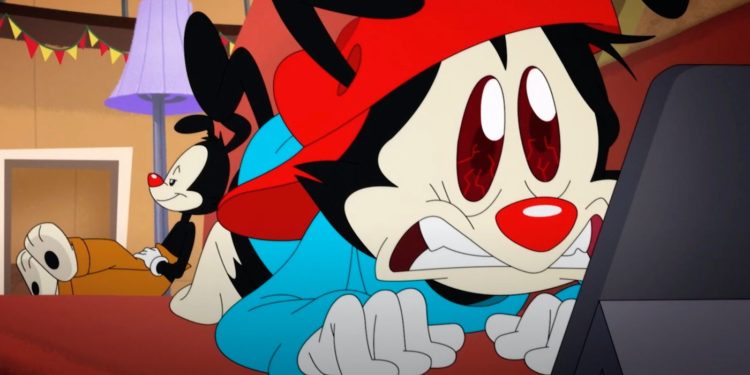 The acclaimed Animaniacs are back for their second season on Hulu. Back from a world tour that had them visiting all the places kids loved most, like booby-trapped castles, haunted houses, and underground lairs full of confounding mazes. Here’s everything we know so far about the release, cast, and production.

Hello, fellow Animaniacs fans! Wednesday, November 5: Hulu to release Animaniacs revival on their streaming service based on the well-known 1990s show. The date announcement of the release also included their first promotional video.

The show returns with the original voice cast, including

The revival will again be executive produced by Steven Spielberg, the award-winning filmmaker.

Animaniacs Season 2 is now available on HULU with songs and parodies for all ages. This season of Animaniacs features pop culture parodies, musical showstoppers, takedowns of historical baddies, and even some important safety tips for an all-new animated series loaded with a little something for everyone.

Join the Warners, and their friends Pinky and The Brain, as they wreak havoc in locations from the Warner Bros lot to an international beauty pageant. Keep your eyes peeled for some of the rejected Animaniacs characters that usually made it to the cutting room floor.

The original series of Animaniacs first aired in 1993, becoming one of the most popular animated series for kids. The Animaniacs series spawned several spin-offs, including the ever-popular Pinky and the Brain.

The show managed to win 3 times in the Daytime Emmy Awards for Outstanding Achievement in Music Direction and Composition, a record among animated series.