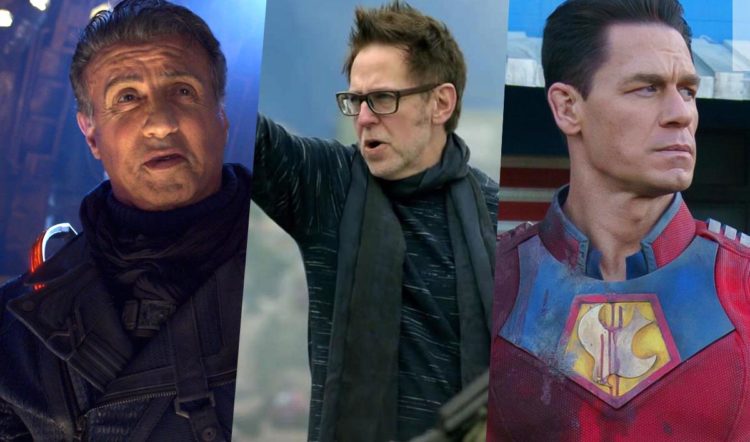 We are thrilled to announce James Gunn’s desire to make a spin-off series on “The Ravagers” from Guardians of the Galaxy. James has been outspoken about his love for the Ravager characters, and we cannot wait to see what he comes up with!

This is something that James has wanted for a long time, but it was not until the release of Guardians Vol. 3 that James realized how much people care about this group. James said in an interview with Entertainment Weekly, “I had a lot of ideas on those characters when I was doing ‘Guardians 1.’ They were really minor, [but] there are some things in ‘Vol. 2’ where you get hints at who they might be.”

The Ravagers are a group of mercenaries led by Yondu, and they’re the enemy in James Gunn’s “Guardians of the Galaxy” (2014). The film reveals that at one point, Yondu was their leader. They were originally hired to capture Star-Lor,d but instead, they took him in as part of their family.

James Gunn wants to make a spin-off series on “The Ravagers” from Guardians of the Galaxy!

Till now, James has not revealed anything about this project apart from what he shared with Entertainment Weekly, and we need to wait for some time before James shares any updates on his upcoming projects. But it is known that James loves those Ravager characters so much! So who knows how many other amazing adventures he has planned for them out there. James also revealed the reason for creating a spin-off series is that he can explore more about these characters and their personal lives, something which will not be possible in just one film.

The director is committed to bringing new content into Marvel Cinematic Universe as well as exploring different genres altogether like horror films or animated films. James Gunn has also said that he would love to do a horror film in the future, so stay tuned!

James realized how much people care about this group, and he wanted to give them more screen time. He said that it is not for sure yet, but he’s going to start thinking about The Ravagers as a potential spin-off series if Disney allows him to.

James felt like Marvel didn’t have anything else planned for these guys. James said that he had his own ideas about what they were up to and their general lives. They didn’t have a movie planned for them, so James started thinking of how it would feel not to explore these characters more in-depth.

James really wants to do this because he loves the Ravagers! The cast is uncertain right now, but James has some specific people in mind, too, such as Nathan Fillion or Michael Rosenbaum. James also thinks that Pom Klementieff will be great at Nova Prime since she’s got the perfect look for her and is already playing Mantis in Guardians of the Galaxy Vol. III, which should come out next year!

No one knows what James’ next project will be after Guardians of the Galaxy Vol. III and anything can happen because James is committed to bringing new content into Marvel Cinematic Universe as well as exploring different genres altogether like horror films or animated films. James Gunn has also said that he would love to do a horror film in the future, so stay tuned!”

Many fans are still looking forward to James’ Ravagers series spin-off with Yondu’s crew!  However, speculating the star cast for the series is a bit of a difficult task.

Some of the predicted characters for the spin-off series are: