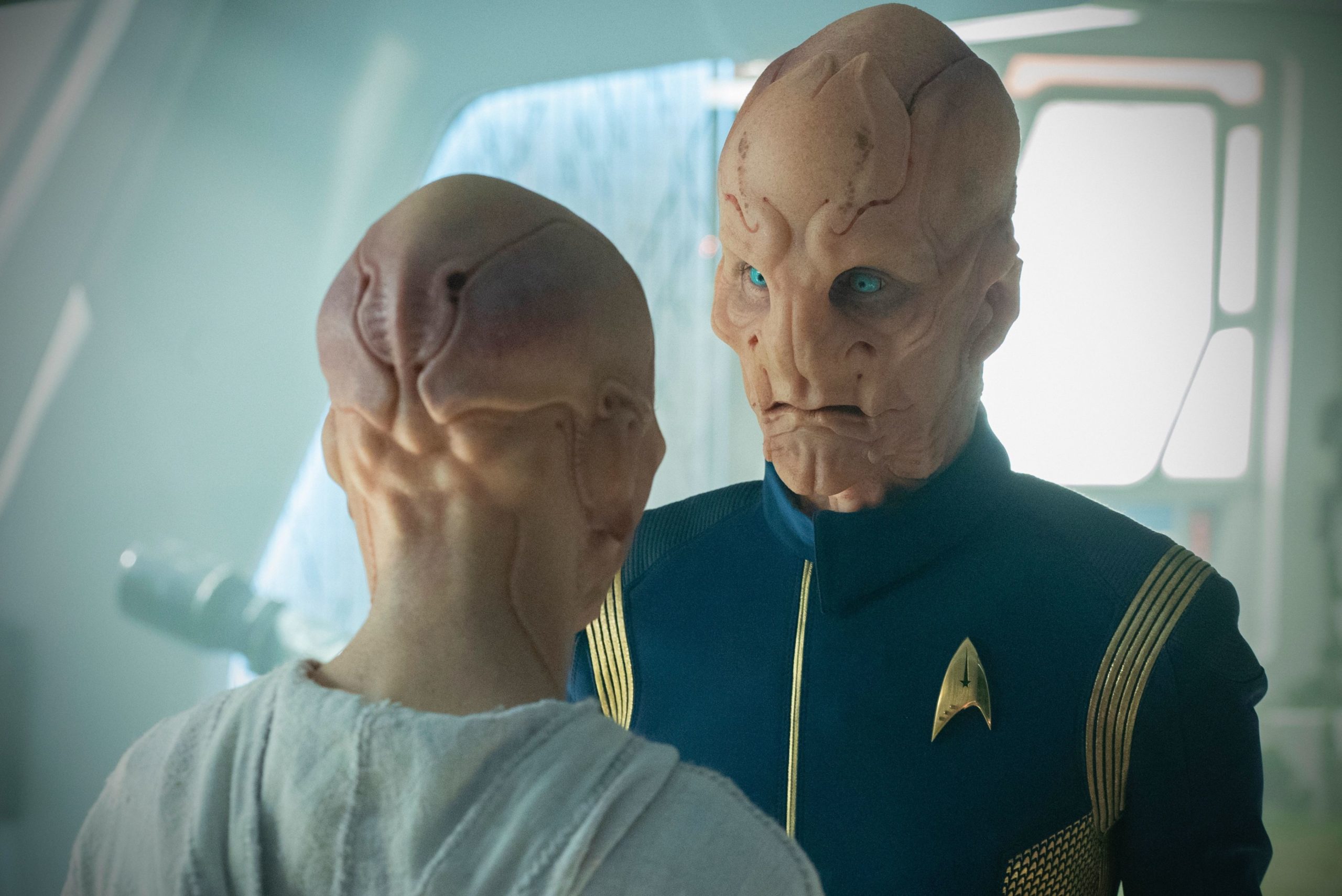 It’s been a few months since Doug Jones teased updates about Star Trek: Discovery Season 4. Doug Jones, who plays Saru on the show, has finally revealed some details about what we can expect from the upcoming season. Doug Jones says that “the first episode is really dramatic and it sets up this very dark tone for all of these things.” Doug continues to say that there is an interesting twist in Episode 2 that will make viewers anticipate what happens next!

About the Series “Star Trek: Discovery”

Star Trek: Discovery is the first Star Trek television series in over a decade. The show centers on Michael Burnham, as she becomes the First Officer of a Starfleet ship after her adoptive parents die. The crew discovers that there are new threats including otherworldly beings and human-looking but culturally different people called “The Klingons”. Doug Jones plays Saru, an alien who was genetically engineered to be so smart he can have conversations with them. Doug Jones reveals that we’ll see more moments like this one where Doug’s character gets to show off his intelligence!

“I get my moment,” says Doug, which will air next week. He also mentions how much fun it has been for him working alongside Jason Isaacs, who plays the Captain of Doug’s ship.

In Doug Jones’ words, “We are not canceled. Doug Jones confirms that the show is still running as long as they can make it work.” Doug also mentions how much he would like to explore Saru’s backstory and family history on the show in future episodes which gives a hopeful hint for fans!

Star Trek: Discovery season four will be just around the corner! We’ll have to wait and see what happens with these new challenges, but at least Doug has faith in this iconic series making its way back into our lives soon enough.

So yes fans can rest assured, as there will definitely be a Season 4 of Star Trek: Discovery. The season was officially stated and announced in October 2020.

Star Trek: Discovery Season four is the last season of Doug Jones’s contract with the series. Doug spoke about his upcoming decision to renew or not on Instagram, where he said “I will know when it’s time and I’ll let you all know.” Doug has been a fan-favorite character actor for Star Wars, Pan Labyrinth, and Fantastic Beasts. So if Doug does end up leaving after this final season, we can only hope that his other projects are just as successful! However, the release date for Season 4 has been speculated to be August or September 2021.

The actor reveals that we’ll see more moments like this one where Doug’s character gets to show off his intelligence in an episode next week which airs on CBS All Access!

Doug also mentioned how much fun it has been working alongside Jason Isaacs for the duration of this season. The world is now eagerly awaiting news of a fourth season and thankfully he teased “some very exciting things” coming up on Star Trek: Discovery. So stay tuned everyone!!

Doug Jones has been a huge part of the show since its inception. He plays Lieutenant Commander Saru; an alien officer; from the Kelpian species; in command of security aboard Starfleet ships and bases. Doug was lucky enough to be present during Comic-con this year; where he revealed his thoughts on what we can expect for season four! When asked about who is going to replace Jason Isaacs as Captain Lorca, Doug teased “Somebody that you could never imagine.” This answer leaves many speculating over whether or not there will be another time jump with the addition of new cast members.

The second question Doug was asked surrounded Saru’s original character arc. Doug said “It is an arc that has not been completed. I can’t really reveal much more than that.” Doug revealed he was thrilled by Saru’s turn in season three, where his character discovered what it means to be human and found love.

Star Cast for the Series

The series has an amazing star cast consisting of some new as well as experienced members. While there are some fresh faces for season 4, we might get to see a lot of recurring star casts.

The main cast consists of the following: