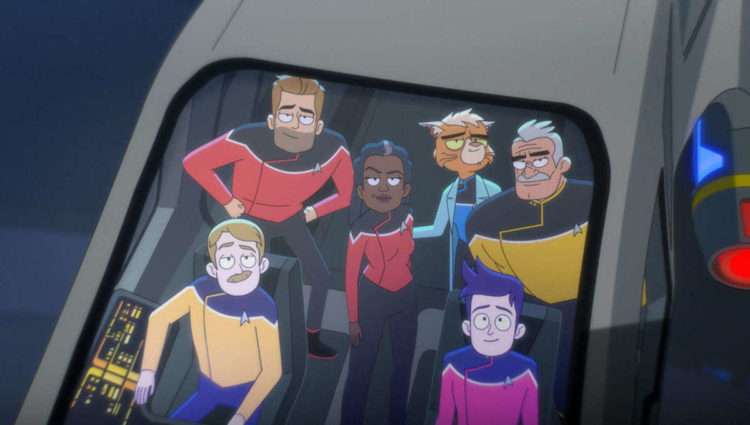 Star Trek fans have been waiting with bated breath for the premiere of season 2 of “Star Trek: Lower Decks.” This new show, set on a Starfleet vessel below decks during Captain Picard’s tenure, will explore life in Starfleet through the eyes of its support crew. Season 1 was released last year and has garnered much praise from Star Trek enthusiasts. It is not surprising that the series has been renewed for a second season!

The first season of Star Trek: Lower Decks almost entirely consisted of a love letter to decades of Star Trek history, moments that felt like an homage to both the show’s past and its future. It wasn’t just creating new lore but also celebrating what a wonderful world this show has through the eyes of those who live it.

We had a sneak peek of what to expect for the crew members on Boimler’s ship, Captain Riker’s Titan, in Lower Decks’ second season before. This new clip is a concentrated delight of nerdy references and joy before we wonder what has brought Boimler and Mariner together after they fell out when the former accepted his promotion without telling her.

It’s short but very sweet—and there is a lot going on. There’s the classic Starbase design (which as TrekCore notes, originated in the Star Trek: Vanguard novels), and even the vehicle Mariner and Boimler have absconded in—presumably as security is going after them—has big Argo vibes, from a sequence in Star Trek: Nemesis.

The Lower Decks era uniform also took cues from the uniforms in Star Trek: Insurrection and Nemesis. And there’s more–delightfully, you can spot glimpses of an Antedian named Ukinix from the Next Generation episode “Manhunt.” Looks like they had a change of heart by the time of Lower Decks at least!

That was too many references for just a 15-second glimpse of the show (and we’re not even wondering why Boimler and Mariner have little statues of Data in their vehicle). It’s likely there will be even more when Star Trek: Lower Decks, returns for its second season on Paramount+ on August 12.