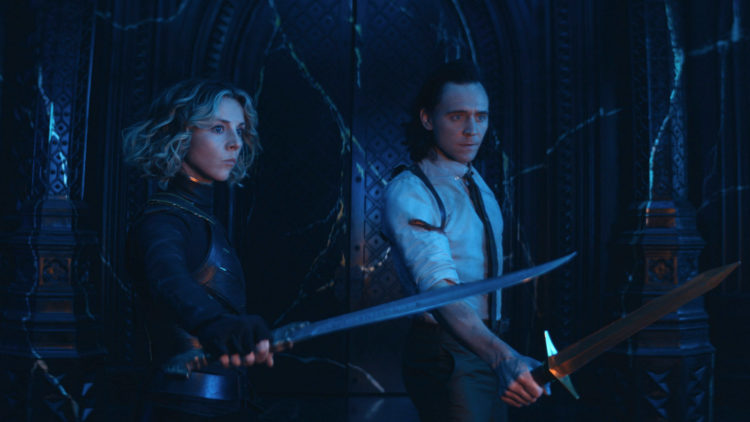 “Loki is the villain of this piece. He’s not a victim, he’s not misunderstood, he’s just bad.” Jeff Loveness reveals how Loki will shape up in Marvel Studios’ Phase 4 as we continue to count down the upcoming movies! Jeff has been writing Ant-Man for Marvel Comics since 2015 and also wrote the three-part Ant-Man And The Wasp series. He is currently working on an upcoming Ant-Man comic book titled “Legacy Of A Villain”.

Jeff refers to Loki as the “villain” of the piece, not a victim or misunderstood person but just bad. He has confirmed there is more than one villain left to come. The writer confirms more than one villain is coming in phase four of the MCU. He promises we’ll see them all at some point or another even if they don’t have their own movie yet.”

Jeff reflects on other villains from past seasons such as Hydra and Ultron who were both defeated by our heroes at some point or another. However now it seems that there are no more battles to be fought. Jeff hints that the next villain will have a very different role to play in our hero’s lives.” He thinks we’re going to see someone who has been lurking in the shadows waiting for their chance, but it’s not clear what is coming yet.

The writer says: “I just want to say, I know for a lot of people the finale was tough and hard-hitting. But Marvel has never been content with leaving things as is.” Mr. Loveness goes on to mention how when you watch Thor: Love and Thunder next year, all will be made clear! Jeff also gives us some insight into what he’ll miss most about writing Loki over these past few years – his sense of humor. He thanks everyone for watching this season and can’t wait until we meet again in the future!

Jeff is here to talk about what’s in store for the future of Loki. He first wants to say that he knows people were not happy with how things ended, but Marvel has never been content with leaving things as they are. Jeff goes on to mention Thor: Love and Thunder coming out next year! Mr. Loveness also talked about his favorite part of writing Loki – his sense of humor. Finally, Jeff thanks everyone for watching this season and can’t wait until we meet again in the future!

Jeff thanks everyone for watching this season and can’t wait until we meet again.

Who was Jeff’s favorite Loki variant?

What were Jeff Loveness’ thoughts on Loki?

He thought that it is great to see people reacting so strongly in both directions, but he understands how some fans may have been disappointed with how things ended. Jeff also wants everyone to know that they are never content with leaving things as they are and want readers to be excited for what comes next from this beloved franchise!

Renewal Status: Will there be a Loki Season 2?

Maybe! Jeff Loveness has not yet confirmed anything about a Loki Season two, but he’s never been content with leaving things as is.

Loki is in a prison cell on the heli carrier. He has been defeated. And it seems that he’s going to settle down; for the rest of his days as our heroes take care of their own business without him. Mr. Loveness offers us some insight into what Loki will be up to while this happens: “he also mentions one other character who may or may not have made an appearance over the past few episodes.” Jeff doesn’t want to spoil anything by revealing too much more about her but she does mention how well they might get along with each other if they were able to meet again someday.