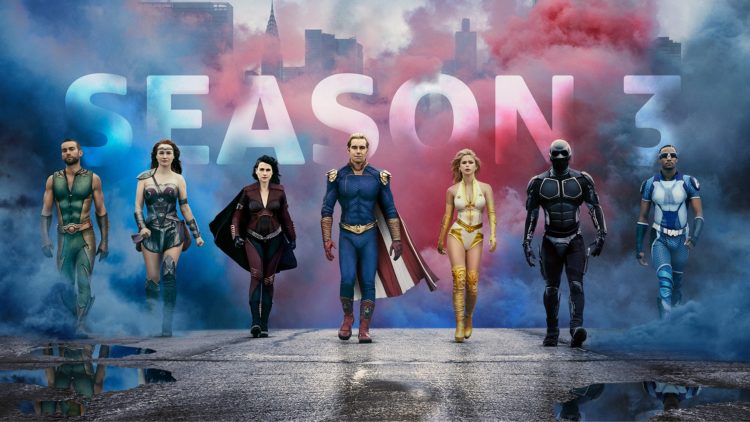 We are getting closer and closer to The Boys Season 3 premiere! The series is set to return in September 2021. The Boys has been one of the most popular shows; on Prime Video for a few years now, so we can’t wait for new episodes; this summer. In the meantime, here’s what you need to know about The Boys season 3; before it premieres: The plot summary will be revealed soon! We also have some casting updates and teasers that you won’t want to miss out on. Read more below!

About “The Boys Season 3”

The Boys The Boys is an American comic book series created by writer Garth Ennis and artist Darick Robertson. The title consists of 72 issues, published from 2006 to 2012. The story follows the activities of a group of vigilantes known informally as “the boys,” who attempt to bring down corrupt superheroes with no more or less than a nod in their direction from the U.S. government (who they are employed by). The first 12 episodes aired on TBS starting June 2019 and we’re already waiting for season three!

Images from The Boys set in Toronto have been popping up online, giving us a peek at what’s to come. The show is coming back in September 2021 so it won’t be long until we see the first trailer and know more about the plot. Still, here are some details we do know:

There will only be eight episodes this season! The previous two seasons had ten each. So get ready for some quick viewing time when The Boys Season three premieres in September 2021!

Cast and Characters Updates for “The Boys Season 3”

Will Season 3 of “The Boys” cast Jensen Ackles as the Soldier Boy?

The rumor is in The Boys Season three we’ll see all the cast members return, but with a different role. We can’t wait to find out!

In The Boys Season three, Hughie will continue to be the one trying to keep The Seven’s actions under control. The only problem is that he doesn’t have any superheroes left on his side and the rest of The Seven are doing what they want with no interference from anyone other than him. You know it’s bad when there isn’t a superhero in sight!

There wasn’t much revealed about The Boys plot yet but we do know it’ll revolve around our favorite trio who now find themselves on their own after being betrayed by Nelson Jent (Jason Patric), aka The Deep One. But don’t worry – Billy Butcher still has plenty to say and The Seven is just getting started.

The first trailer for The Boys season three was released and it’s giving us so many feelings about what will happen next on “The Walking Dead” spin-off series. The teaser has a lot of violence that could lead to more people getting killed (or maybe living) depending on if you’re rooting for The Organization or not. In this post-apocalyptic world, there are some things you just have no control over whether you like them or not.

The Boys season three teaser was released on The Comic-Con Experience in Brazil. The short clip shows a broken and bruised Billy Butcher (Jack Quaid) talking to Colby Loup – the son of The Deep One, Nelson Jent aka The Angelic Knight (Jason Patric). “You’re not my father,” says Loup looking up at his dad’s old nemesis. “I don’t know if you ever were.”

As he leaves, it cuts to footage from what looks like an upcoming episode where our favorite trio is captured by two armed men who seem to be part of The Seven! With no superheroes left on their side and the rest of The Seven doing whatever they want with impunity there isn’t a lot The Boys can do to fight back.

The show’s Twitter account has been flooded with reactions, many of which are excited about “The Boys” new and old.

“The Boys Season 31!” teaser set the internet on fire this week after it dropped for Comic-Con attendees! Fans went into a frenzy overseeing The Seven again and The Deep One taking up arms against them!