Actor Sean Astin Shares His Expectations From Amazon’s Series “Lord of the Rings”! 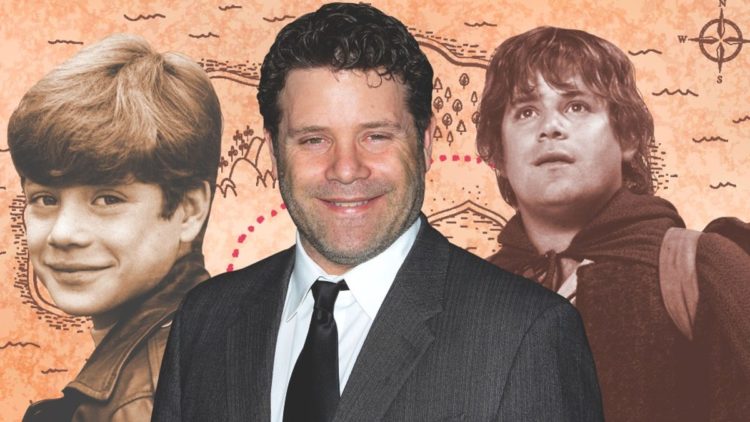 Sean Astin, who played Samwise Gamgee; in the Lord of the Rings films, has shared his expectations; from Amazon’s upcoming TV series. He says that he is looking forward to seeing; how the story of “The Fellowship” will be told on a grander scale; than ever before. Mr. Astin also said that he expects there will be an emotional resonance; with viewers as they watch these characters grow up and go through their adventures together.

About Amazon’s Series “Lord of the Rings”

Amazon announced its acquisition of the rights to produce a Lord of the Rings TV series back in November 2017. Showrunner, writer, and director J.D. Payne has confirmed that it will be titled The Lord of the Rings but Amazon has not yet revealed a release date or cast members for this show.

Mr. Astin is only one guest star on an upcoming episode of Good Omens! which is now available to stream everywhere on Prime Video, with further episodes coming later this year! There are currently 13 episodes planned for production and we can’t wait to see what’s next!

Actor Sean Astin shares his expectations from Amazon’s Series “Lord of the Rings”!

Sean Astin: “I’m really happy that it will be a filmed series because I think you need more time to tell certain parts of the story properly. The Fellowship told in a grander scale than ever before. It has been reported by Deadline Hollywood that Netflix passed up this project due to budget constraints.”

Sean also elaborated on why he wanted this series so badly:

“The chance to bring these books alive with a new generation of young people around the world—that’s one of my motivations because I want them never forget those values from Middle-earth…” He added about Sean Astin’s expectations from lord of the rings; “What I really want to do is for them to be able to see characters who make mistakes have consequences—sometimes terrible ones. But they also get up again and go on living with the help of their friends.”

“Sean Astin has a lot of praise for the cast and crew, so we can’t wait to see what he thinks about Amazon’s Lord of the Rings!”

Sean Astin: “I’ve seen the first episode! It looks amazing. I think it will be fantastic for people who are already fans of the story because they will see something that is true to not just an adaptation but also a realization of what was conceived in their minds when reading Tolkien. And at last here comes this gift we have all been waiting for.”

What does Sean Astin expect from the Series?

“I’m expecting a good adaptation. I am very excited to see what Amazon does with this incredible story.”

He added that he is equally happy about the show being filmed rather than set only on Prime Video because it will allow for more time and space in which to tell the full breadth of Tolkien’s epic tale.

Did Sean Astin reveal any major twists about Amazon’s adaptation of the Lord of the Rings Series?

“I don’t know what’s going to happen. Other than the fact that they’re doing it in six, rather than seven episodes.”

This is how long Astin was told Amazon would be filming his show! “It will allow for more time and space in which to tell the full breadth of Tolkien’s epic tale,” he said. How exciting?

Additionally, Sean is eager to see any twists about this series; however, he doesn’t have any information.

Cast and Characters Updates for Lord of the Rings Series

The cast for Amazon’s new Lord of The Rings series has not yet been revealed. Sean Astin, who played Samwise Gamgee in both films and is set to appear in an upcoming episode of Good Omens, told THR that he expects “a fantastic global event TV show”.

Apart from “Lord of The Rings,” Sean is also well known for his role as Mikey Walsh in Stephen King’s “The Goonies.” He will be reprising this iconic role twice in 2019. His latest project is an animated series called “Guardians Of The Galaxy: Cosmic Avengers” which airs on Disney XD. You can catch him next year with Greg Grunberg (Mr. Spock) in the Jumanji sequel!