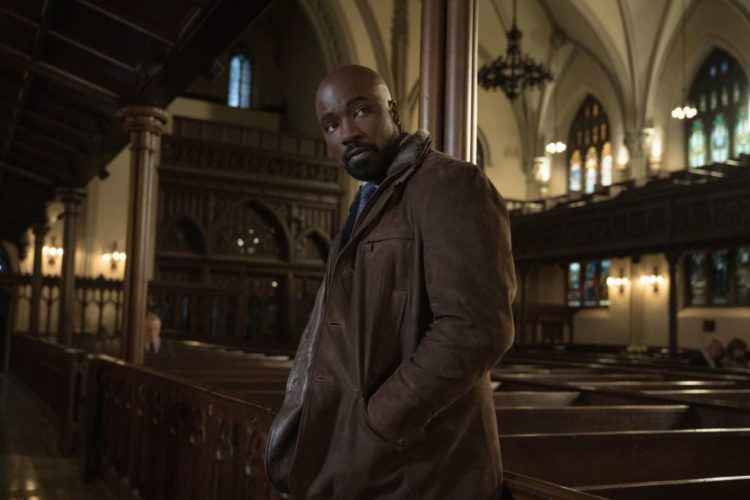 Mike Colter, who plays the title role of “Luke Cage” on Marvel’s live-action TV series “Marvel’s Luke Cage,” recently sat down with Entertainment Weekly to discuss season 2 of his show. He was asked whether or not he would be back for a second season and said that he had no idea. When pressed further, Mike Colter revealed that he did know some plot details about the new season!

“Evil Season 2” is set to introduce a lot more villains into the mix and will explore how they are connected in ways we never knew before. There will also be an increased focus on social issues like police brutality and gun violence.

The release date of the second season and third overall installment for Netflix’s Evil has yet to be announced. However, as more details emerge about its production it could provide some clues.

The show is currently in postproduction and the first few episodes were said to be released in the Summers of 2021. However, as an extension, the date of 12th September was revealed.

What is the series “Evil” about?

The series follows Kevin Wendell Crumb, a man with 24 personalities. It also features his troubled family: mother Patty (played by Jennifer Carpenter), father Harold (played by Henry Thomas), and sister Casey (played by Tricia Helfer). After he is captured following the death of an old woman who was attacked in her home, Dr. Karen Fletcher sends him to rural West Virginia where she conducts experiments on “Targets” or patients trying to suppress their violent tendencies for six months at a time; one month behind bars followed by five weeks as a free person under supervision – all while being watched via satellite surveillance.”

In Season Two, we find our heroes living on the run from authorities after escaping during Evil’s climactic end. In the process, many of their old-fashioned mementos are lost and new must be found.

What is your favorite memento that you have from the set?

I loved playing with all the things they had me play around with when I was a kid. You know like, walkie-talkies or yo-yos. Things that kids used to do before video games really took off as much as they did now,” he said.

He continued: “Another thing I liked was being able to take home some of my own clothes so while we were shooting I could go back into the wardrobe and get my own clothes and have mementos, that was cool.”

When you think of the word “evil,” what comes to mind?

“No one is pure evil. There are degrees of it but I don’t really believe in just being completely good or bad,” Colter said. “I think there’s a whole spectrum. And people can do some terrible things; for different reasons – they might be on drugs, or not thinking clearly after something traumatic happens.”

The actor went on: “And sometimes an act can seem like the ultimate act of violence; where someone does something horrific. But then we find out later they were acting in self-defense – so no person is all black or white because human beings are complicated creatures.”

Colter said he wished the show had been more explicit in its exploration of this theme.

“I think we could have gone deeper,” Colter mused, “but then again I’m glad it’s on Netflix so people can come back and watch different seasons.”

Is Mike Colter playing a villain in Season 2 of “Evil”?

Mike Colter said: “I think that this season will be more of a role reversal. I’m not playing the bad guy. But there’s something very interesting; about going back to Season One. And seeing what we explore with Jessica Jones.”

“Jessica is just getting used to being out in the world again,”. Mike went on, “and she’s meeting people who know her from before – it was really an awful time; for her when she had to face all these different characters one-by-one.”

The plot follows our leading lady as she connects with old friends and foes, goes head-to-head against new enemies while uncovering secrets from her past. These are dark times…but don’t worry; everyone’s favorite cinephile, Luke Cage (played by Mike Colter), is on the case.