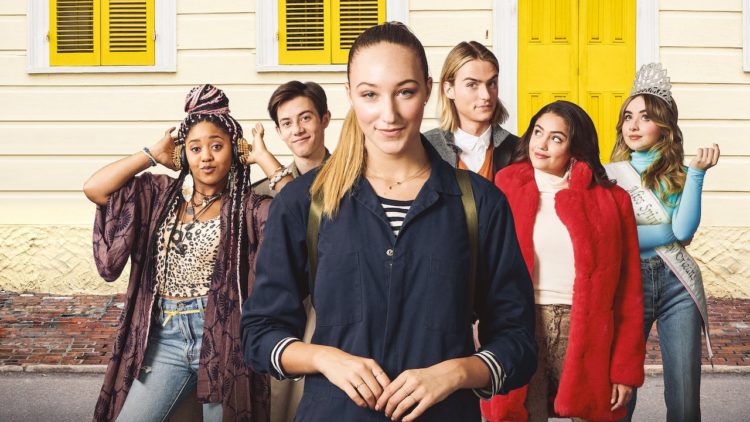 Tall Girl 2 is officially happening on Netflix after the first movie proved to be another teen rom-com hit. The first movie quoted some controversy, with its first trailer initially not being loved by critics. It might have taken a while, but a sequel to Tall Girl is on the way after its leading star, Ava Michelle confirmed the start of production on Instagram.

We don’t yet have a confirmed release date for the sequel, but we do know that the movie is still under development and being produced.

Typically, the Netflix sequel arrives two years after the original movie as they did with “To all the Boys” and “The Kissing Booth.” That would point to be a September 2021 release for Tall Girl 2. The movie was filmed between January-March 2019 and was released six months later. A similar schedule would likely mean a December 2021 release.

Ava Michelle will, of course, be back as the titular tall girl, Jodi Kreyman, and the announcement video for the start of production confirmed she’d be joined by several cast members from the first movie. Griffin Gluck is back as Jodi’s now-boyfriend Jack Dunkleman, and Luke Eisner also returns as Jodi’s former love interest Stig Mohlin. Sabrina Carpenter, Steve Zahn, and Angela Kinsey reprise their roles as Jodi’s sister Harper and their parents, respectively. Anjelika Washington is also back as Jodi’s best friend Fareeda, as well as Clara Wilsey and Rico Paris as Jodi’s bullies Kimmy and Schnipper.

There are also newcomers to the cast in the form of Johanna Liauw and “13 Reasons Why” star Jan Luis Castellanos, but it’s not yet clear who they’ll be playing in the sequel.

The first movie followed a fairly standard teen rom-com formula as we followed Jodi, who struggled to fit in at high school, isolating herself because of her height.

Her best friend Jack is bestowed with her, but Jodi does not see him that way because he is a lot shorter than her. Jack soon faces tough competition from foreign exchange student Stig.

Despite how creepy Jack is throughout Tall Girl, Jodi eventually realizes that Stig is not all he is cracked up to be, rejecting him at the homecoming dance after giving a speech about how she has got confidence in herself.