John Lithgow to return as Trinity Killer in “Dexter Season 9”! 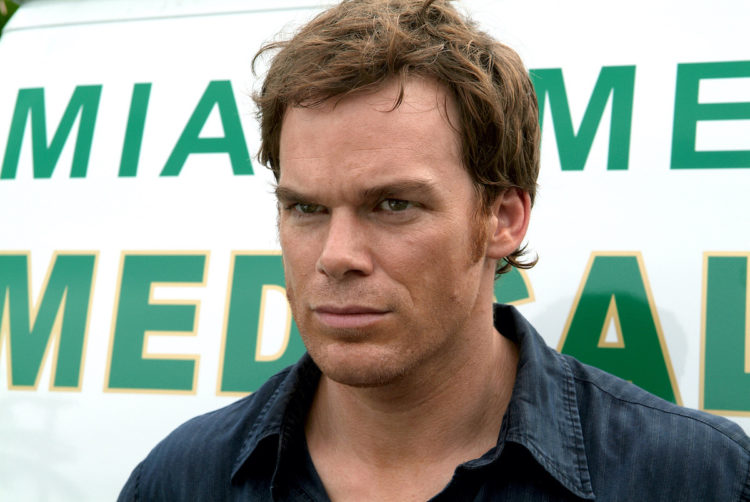 It’s been a long wait for John Lithgow fans, but he is finally set to return as the Trinity Killer in “Dexter Season 9”. The announcement was made on John Lithgow’s Twitter page. John Lithgow has played this role before and is sure to give it his all once again!

He also added that he would be filming with Dexter star Michael C. Hall and series’ producer Sara Colleton over the summer months.

Dexter Season 9 is set to premiere this year in the fall season. So fans, buckle up because the show is about to double up the good news with a very close release date and return of John Lightglow!

John Lithgow, who played Trinity in the last two seasons of Dexter, has confirmed that he will be filming scenes from his appearance this fall (coming soon!). He is already a fan favorite for his portrayal of one of television’s most notorious villains. He recently won an Emmy award for Outstanding Guest Actor in Drama Series with only five appearances on Dexter.

So what can fans expect when John returns to play another hitman?! No plot details or spoilers yet, but Michael C Hall promises that John will be back for the series finale. John Lithgow is exclusive to Dexter and cannot appear in any other television show, so fans are very excited that John will be making a return appearance!

John’s character was last seen with his face blown off by an undetonated bomb leftover from Season Six–a time when he had become paranoid about being discovered as Trinity’s identity as well as worry about what would happen if Rita were to find out who her father really was. This season, John has been busy filming on Broadway, but now it seems like John has found some extra time in his schedule because Michael C Hall just tweeted: “I got my man – John Lightglow!”

If you are not familiar with John Lithgow will portray the Trinity Killer as he was in season one. John is set to film with Dexter star Michael C. Hall and series’ producer Sara Colleton over the summer months!

John Lithgow’s character, John Lightglow, who had a recurring role on “Dexter” during its first two seasons of 2006-2007, will be returning for an appearance this fall in Season Nine of the hit Showtime show which debuted nine years ago and has been running again since 2013! John Lithgow’s return to “Dexter” marks his second time playing Trinity after making a brief appearance last year where John played another murder suspect under investigation by FBI Special Agent Frank Lundy (portrayed by Keith Carradine).

In addition to John Lithgow, the Season Nine cast will also include:

Some of the cast members have been on “Dexter” before. John Lithgow is reprising his role as Trinity and Clancy Brown will be playing a new character, Captain Matthews. Michael Cyril Creighton played Detective Mike Anderson in Season Fourteen of “Dexter”.

It’s not long before Dexter realizes that he may suffer from some sort of mental illness when Dr. Evelyn Vogel returns to Miami for her annual review.

“Dexter Season Nine will also feature John Lithgow as Trinity and Sean Patrick Flannery as Tom Matthews, John’s son. The show is to return on September 30th at a time yet-to-be-announced.” – Deadline

The cast of “Dexter” has been building up over the past few seasons with John Lithgow reprising his role from previous years, Clancy Brown playing Captain Matthews, and Michael Cyril Creighton returning in an unknown capacity.