Exclusive First Look of “Marvel’s What If” on Disney+! What is the series about? All Latest Updates and News! 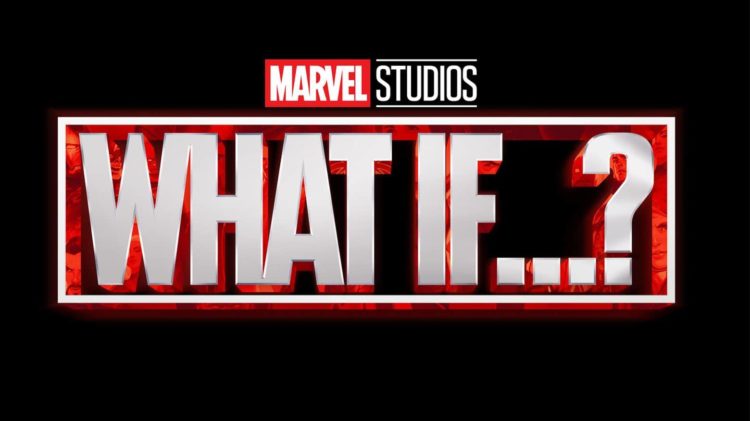 Marvel’s What If is a new series coming to Disney+, which will premiere in 2021. Marvel’s What If takes the classic Marvel Comics series of the same name and gives fans an alternate reality look at some beloved Marvel stories that have since become canon. The show will be hosted by Ryan Reynolds, who had previously played Deadpool in the Marvel Cinematic Universe films before Disney+ bought Fox last year and reunited all their properties under one roof. In this article, we discuss what exactly Marvel’s What if is, when it premieres, its cast and crew, as well as any updates on it!

Confirmed to be featured in the series are Scarlet Witch and Hawkeye from the Avengers; The Hulk from Marvel’s Agents of S.H.I.E.L.D.; Jane Foster as Thor; Nick Fury Sr., Peggy Carter and Phil Coulson for upcoming Disney+ Movies including “The Falcon and The Winter Soldier.”

Update on Cast Members: Anthony Hopkins will play Odin in What If? which also stars Chris Hemsworth, who plays Thor – this is a different version of events than what we’ve seen before! In addition to these two actors playing their respective characters from another timeline, many other actors are playing these characters in various ways.

Scarlet Witch – The actress who played the character in “Marvel’s Avengers: Age of Ultron” is taking on this role again for What If? which will be a different version than what we’ve seen before!

Hawkeye – Jeremy Renner has been confirmed, but it’s unclear as to whether he’ll play his Marvel Cinematic Universe (MCU) counterpart or not.

Loki – Tom Hiddleston returns to portray Loki with an unconfirmed twist that may come into effect depending on how fans react once they see him!

Thor and Iron Man from MCU Projects have also been reported; however, their identities haven’t been confirmed, and it’s unclear if they’ll play those characters or not.

The cast list for Marvels’ “What if?” features many recognizable names: Anthony Mackie (Avengers), Sebastian Stan (Captain America), and Hayley Atwell (Agent Carter). In addition, there’ll also be actors from other MCU films, such as Josh Brolin (Guardians of the Galaxy) and Pom Klementieff (Avengers: Infinity War). There have been some questions about whether these actors can appear in the series alongside their Marvel on-screen counterparts.

What Would Be the Plot of Marvel’s “What If?”

The series will explore alternative timelines, where key moments in history have played out differently. Leading to new outcomes for both heroes’ lives. And the world around them! This is a show about what might happen, but with some twists along the way; that you won’t want to miss! The first season will consist of six episodes, each one taking on different scenarios, including an “alternate” Captain America storyline, which follows him as he becomes trapped in time. After being caught up in a terrorist incident (i.e., September 11th). It also features two other MCU storylines: X-Men – where Scarlet Witch uses her powers to alter the course of World War II; and Spider-Man – which finds a high schooler from Brooklyn, suddenly endowed with extraordinary abilities.

In Marvel’s “What If?” there will be many new faces joining forces for unlimited adventures! Get ready to see some familiar heroes in an unfamiliar timeline, as well as some fresh perspectives on those we know best! The series features two other MCU storylines: X-Men – where Scarlet Witch uses her powers to alter the course of World War II and Spider-Man – which finds a high schooler from Brooklyn suddenly endowed with extraordinary abilities.

Exclusive First Look at Marvel’s What If?

Marvel recently released photos showing off cast members who’ll be appearing in the new What If? series on Disney+. Marvel’s “What If?” is a TV show that will be airing exclusively on the streaming service. The plot details are currently limited, but it has been confirmed to follow alternate realities of popular characters like Spider-Man and Scarlet Witch.

The What If? The team has confirmed that there will not be any major crossovers between this show and the MCU movies, but they did mention that it would stay true to what we’ve seen in “Spider-Man: Into The Spider-Verse,” which is part of Disney’s recent lineup. This could mean more animated versions of popular Marvel heroes, including Scarlet Witch (voiced by Elizabeth Olsen) and Iron Man (voiced by Robert Downey Jr.).

This new TV show is sure to excite Marvel fans as soon as they find out about its release date!