AFTER ALL, THE MEASURE OF A MAN IS WHAT HE DOES WITH POWER 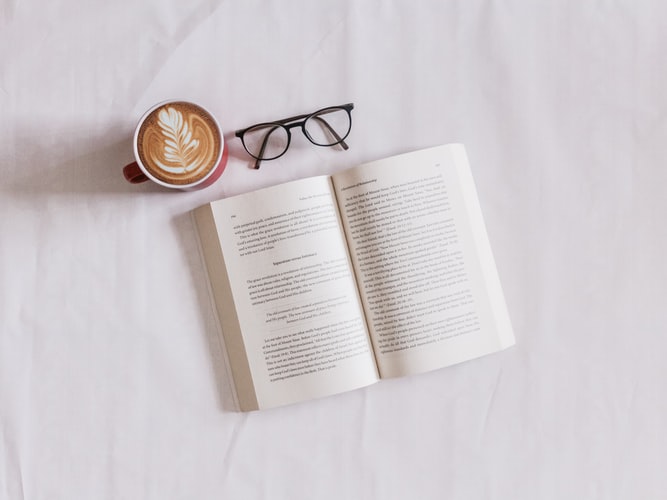 “The lion cannot protect himself from traps, and the fox cannot defend himself from wolves. One must therefore be a fox to recognize traps, and a lion to frighten wolves.”

Niccolò Machiavelli is one of the best authors to have grown. in the land of Renaissance Florence, the city where he was born on May 3, 1469, and died on June 22, 1527. Like many of the other great artists, thinkers, and statesmen of his time, Machiavelli did not come from one of the wealthy and noble families that ran the affairs of the cities. But his father, Bernardo, an advocate, and a humanist tried, within his modest means, to provide his son with a reputable “liberal arts” schooling, in spite of not being able to have the funds for the schooling necessary to teach at an academy or practice law. Machiavelli’s overriding passion was not the contemplative life but politics, the active life. In comparison with other humanists of his age, he was not erudite and lacked the antiquarian’s love of ancient books for their own sake. In thinking clearly of the world of politics, where he went on his diplomatic journey, he read and wrote everything he found useful. Only once, when he had lost his office and found himself unemployed and disgraced, could he afford to spend his evenings reading and writing.

For aspiring kings, The Prince is the ‘Inspirational Kit.’ The book fails to take into account republics and inherited principalities to focus on modern and mixed principalities. A mixed principality has existed but is taken over and a new principality that needs a new form of government. Machiavelli stresses the importance of supporting the weaker and suppressing those who may be influential enough to rebel as he rules a mixed principality. A prince needs great foresight to do this. Before they become too obvious, he needs to identify issues and evils and kill them quickly.

Masters, mighty men, and helpers, all must be carefully supervised. As mentioned above, anyone who is strong or ambitious enough to lead a rebellion must be torn apart. A prince has been established by virtue, luck, or wickedness in the creation of a new principality. Taking power by virtue means taking it by force. A prince needs to establish himself immediately and lay a strong base for leadership. If a prince takes power by good fortune or other people’s work, he is dangerous because others might challenge his power. He must therefore rapidly instil in the people love and fear. As a means to power, Machiavelli did not reject evil. He implies that unethical activities are performed fast and in a single stroke. A prince must also find ways of always keeping the citizens dependent on the state.

As per Machiavelli, the strength of a principality depends on its army. A prince should still have a large army and be able to protect themselves. Mercenaries should not be trusted, because money is their only motivation. Machiavelli does not inspire princes to be moral citizens, virtuous. However, the presence of grandeur is the most important thing. Simply put, he believes that beautiful guys finish last, and princes should act intimately, if possible, to help and uphold their agenda. Luck and God cannot be trusted. A prince should develop his path and become a dangerous human. A prince is not to be bothered with being treated as meaningful but should be cherished if possible. The right amount of fear in people can be inspired by cruelty. With a review of Italian politics and fallen rulers, Machiavelli concludes his work.

Purpose of the Book

Machiavelli wants to make sure that the reader Prince arrives at that greatness that his fortune and his other qualities promise him, and he offers a sure way to reach such greatness by giving “rules for the conduct of princes.” That sounds doubly presumptuous: not only is Machiavelli styling himself as a teacher of the prince, but he is going to give him rules. He is addressing his book, or script, to a Medici, and the Medici pride themselves with having run the great city of Florence for more than a century from behind the scenes, hence their accumulated knowledge about power, ruses, conspiracies, etc. would be hard to match, especially by a young and humiliated second-rank secretary of the defeated Republic (Machiavelli, 2005).

Princes are typically busy people who do not have much time to devote to their meaningless gifts and underlings. Thus, the commitment of an unknown scriptwriter is equivalent to the ten second pitch, if fortunate, the famous producer.

Learning From The Principles Of The Book

There are various good lessons from The Prince which are to be learned. The leaders demanding that Machiavelli take a firm stand on matters. This might not always be the safest way to go but I think it is worthwhile that you are not too mercurial. All cannot satisfy and this was understood by Machiavelli. Not always trying to impress people and taking difficult decisions, will help us all. We also see politicians constantly attempt to follow any public-opinion and campaign and end up losing their popularity, because people do not think the campaign promises of the individual will ever be fulfilled.  Machiavelli knew a good leader had to be comfortable with a bad guy if it meant a better goal. He was just dreaming about the wrong targets.

Machiavelli could teach the businessman some lessons. A fusion of a new principality and a mixed principality may be merged. During fusion, as Machiavelli suggests, the leader should quickly lay the foundation and community. Buying a new company could trigger a leader that Machiavelli talks about when buying an existing headquarters some of the same problems. According to their expectations and organizational policies, the staff of the acquired business may be tentative about the new management. In this situation, Machiavelli’s suggestion to set the new workers in several face-to-face is wise for the purchaser. Thus, it can convey new strategies and priorities efficiently, and the leader can also obtain a deeper understanding of new employee principles and morals.

With the potential exception of Marx’s Communist Manifesto, no other study in modern political thinking is slightly opposed to the impact of the prince of Machiavelli. Thick tomes have been written on the history of its reception. There is no question that in consideration of legitimate political aims The Prince demonstrates the application of evil means. Among the first contemporary political works on the particular outcome of political action, the Prince of Machiavelli is non-religious; to argue not that the good life or eternal salvation, but freedom and security in this world, ought to be the ends pursued by the political government. But whether it is in order to manipulate and terrorize them, to organize them and lead them to freedom, or to manage their security and pursuit of happiness, all four traditions of interpretation share a common feature: they understand that the revolutionary achievement of The Prince was to place the people’s desires as the fundamental material which governments and statesmen have at their disposal and on which they need to work.

You know what they say, "There's no such thing as bad news in traffic." Well this woman is here to prove it! She'll give you tips on how not get lost online and share her wisdom with all of us. Follow her adventures today so that we can see where she goes next - maybe even travel somewhere beautiful together?