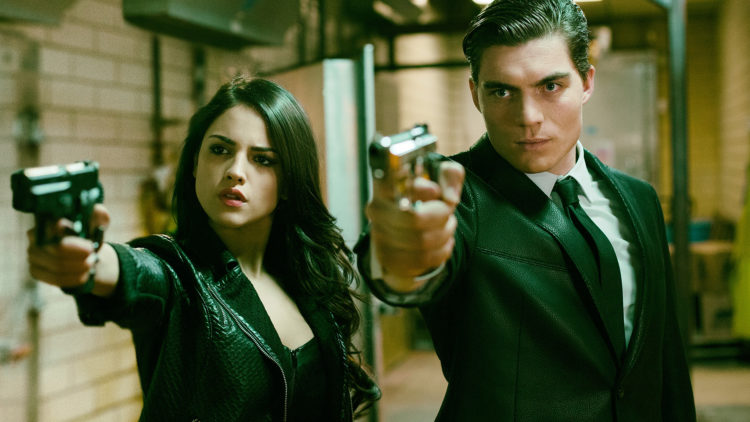 It seems like a classic cult vampire movie is getting a reboot! The catch? Well, the reboot is going to be an animated series, and the makers have already started developing the project further. Let us see which vampire movie we are talking about!

Classic Cult Movie Dusk Till Dawn Is Getting A Reboot! Here’s What We Know.

George Clooney and Quentin Tarantino’s starrer hit movie Dusk Till Dawn is all set to get a reboot and will be adapted into an animated series. Robert Rodriguez, who had directed the original movie recently, made the revelation of the reboot currently in works.

Director Robert Rodriguez Revealed That The Reboot Is Going To Be Animated Version! Have A Look.

The original movie followed the story of Gecko brother, played by Tarantino and Clooney; they rob a bank and holds a father and son hostage only to be stuck in a bar which is filled with Aztec vampires! Soon, the action is set in motion when the brothers had to team up with their hostages to make it out alive from the bar!

The Dusk Till Dawn franchise has gone on to be a huge success with sequel movies and even a live-action television show, thus, expanding the horizon and popularity of the franchise. Now, it is all set to have another reboot in the form of an animated series.

Get Ready For More Aztec Vampires On The Way With This Reboot!

While talking about the upcoming project and how it is already in development, Robert Rodriguez said how he is looking forward to work with the whole Aztec vampire concept while also working on the whole Santanico Pandemonium concept as well. We wonder how the animated version will cover the original story, or are there going to be big changes ahead?