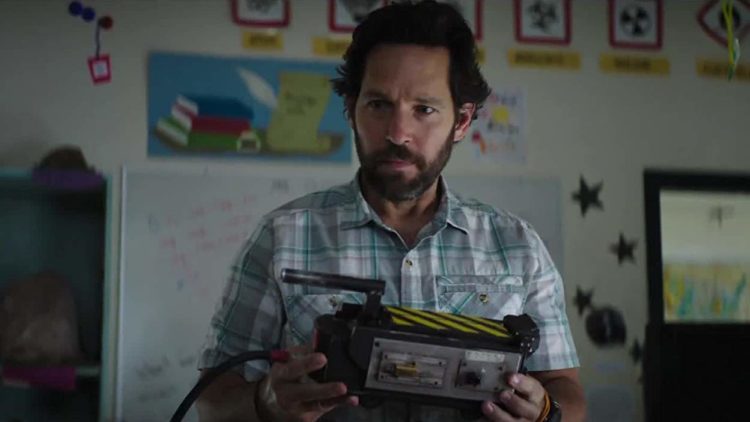 The iconic movie Ghostbusters has been a fan favourite for a long time, and the makers have decided to let fans relive those moments once again with a new team out to catch some notorious spirits!

Jason Reitman’s Ghostbusters: Afterlife Has Been Delayed For A Few Months! Here’s What We Know.

Get ready for the spirits to unleash their wrath once again as Jason Reitman’s sequel movie Ghostbusters: Afterlife will be coming out this year! However, like many big tent pole movies, this movie has also been delayed for a few months and now will be hitting the big screens in June 2021.

The Sequel Movie Will Star Some Of The Original Actors As Well! Have A Look.

Ghostbusters: Afterlife is not the only movie that has faced a recent delay; several other movies, including the Venom sequel, Daniel Craig starrer No Time To Die, has also been delayed. Take a little sneak peek into the upcoming ghost hunting saga!

The sequel movie will be set in a small town in Summerville, Oklahoma, where siblings Trevor and Phoebe move with their mother in their late grandfather’s house. However, the grandfather is not an unknown person for fans, and the house harbours an even bigger secret as well! Along with an entirely new star cast, original cast members Bill Murray will be back as Peter Venkman, while Dan Aykroyd is going to be back as Ray Stantz!

They don’t make ‘em like they used to… #GhostBusters #ghostbustersafterlife #gb20 pic.twitter.com/yTBUt375DZ

The movie will be staring Stranger Things star Finn Wolfhard. Antman actor Paul Rudd stars Mr. Grooberson, who is a teacher and will be contributing his knowledge about ghost hunting in the sequel. While fans are already excited about the return of the original cast members, the new actors will add to the ghost hunting saga!